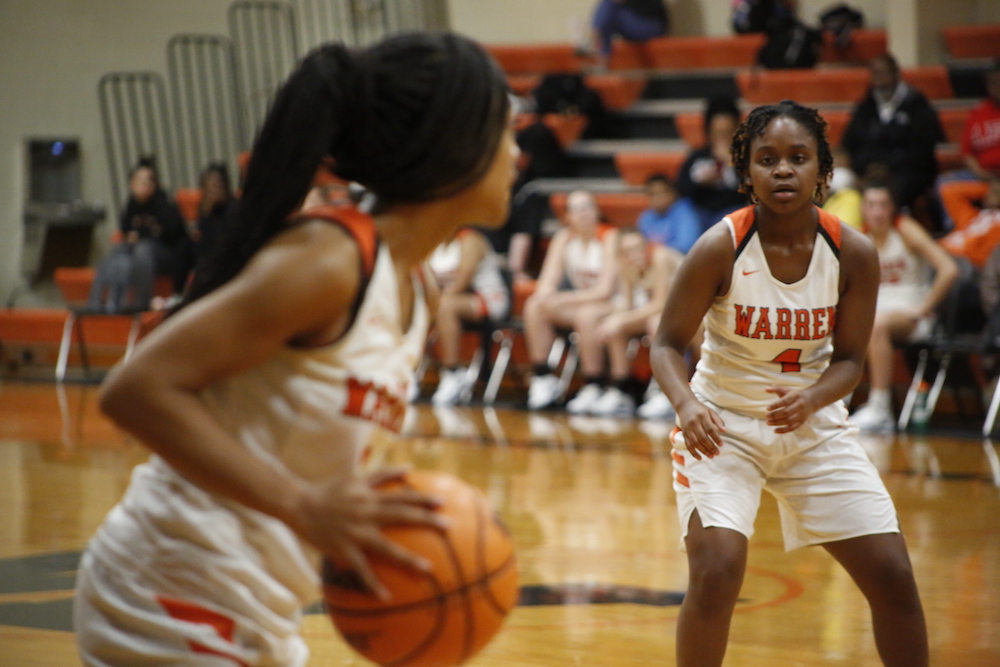 Warren, Arkansas – The Warren Lady Jacks dropped their Monday night, December 6, 2021 game to the Fordyce Lady Redbugs by the final of 59-45 at home in Warren in what was a very physical four quarters.

The Lady Jacks came into the ballgame 3-3, and hoping to get more dispersed scoring throughout the lineup. The first period was a success. Mahiya Payne, Tyairean Bass, and Keller Bigham all found their way onto the scoreboard. Fordyce came with the three ball however. The Redbugs took a 28-16 lead into the halftime break after Warren struggled offensively in the second quarter.

Coach Leon Harris’s Ladies refused to give in though. They stayed in the fight, even through a tough third quarter that saw the Fordyce lead stretched to 18 points.

In the fourth, Warren still pressed towards getting a comeback and the result, but it wasn’t meant to be. Fordyce finished the night on top by the final of 59-45.

Several positives will be taken away from the loss by the Jacks. Warren’s offensive performance was much better, especially in terms of scoring distribution. Three Lady Jacks finished the game in double figures.

Keller Bigham continued to lead the roster in points per game with 16 against Fordyce. She had one three pointer and went five for eight from the free-throw line. Bigham also had a tremendous game on the boards. Bigham has now been the leading scorer for Warren in six or their seven opening games.

Both Tyairean Bass and Mahiya Payne put up 11 for the orange and black. Payne sank three treys on the night.

Warren’s women’s team is now 3-4 on the season. They are scheduled to get right back to work Tuesday night, December 7 as they play host to Drew Central. This will be there second meeting with Drew Central within the last week.

Top photo: Mahiya Payne(4) awaits a pass in the first half between Warren and Fordyce. Photo by Saline River Chronicle