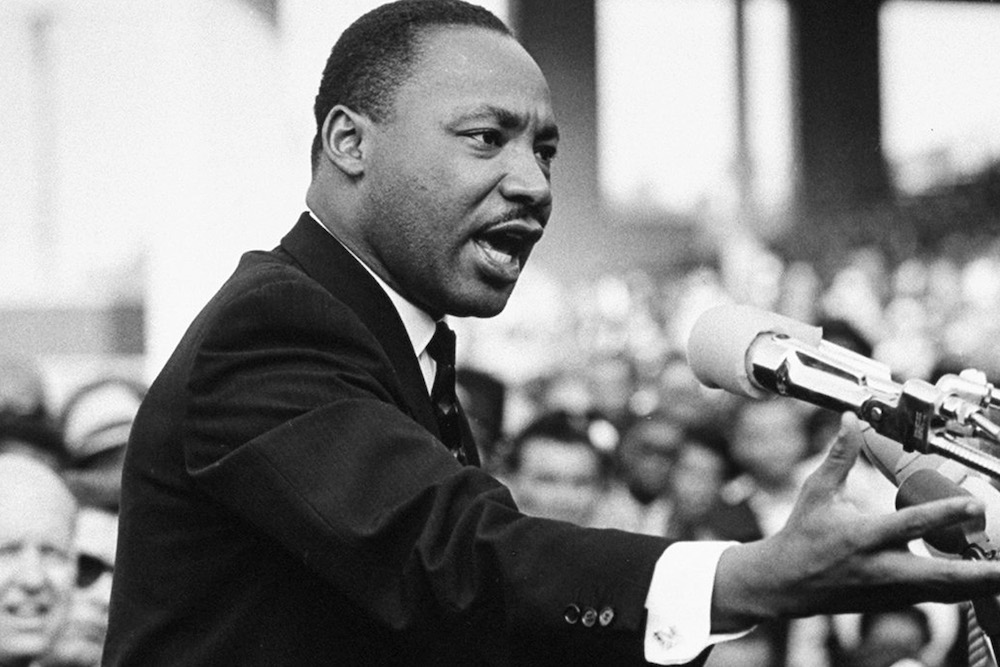 Dinners were prepared for take-out by church staff and the program was aired on Facebook Live and by a Zoom teleconference. The Rev. Kurbe L. Newsom, church pastor, opened the program.

The Rev. Gregory Nettles gave the opening prayer and Newsom gave the welcome.

Terry Hopson read the poem, “No Justice, No Peace.”

Kent Broughton sang the spirituals “Still A Way,” “Sweet Home” and “Wade In The Water.”

Montina Hooper presented the honorees Marjorie Wilson of Banks, and Glenetta Burks, Ruth Clary and Gloria Gant, all of Warren.

A proclamation was read by Warren Mayor Denisa Pennington.

“We have a whole lot to celebrate but we also have a lot to lament,” she said. “There is a lot of work we need to do to uphold the legacy of Dr. King.”

Flowers chairs the Legislative Black Caucus and she spoke about the fight in the state to separate days honoring King and Confederate Gen. Robert E. Lee. Former Gov. Mike Huckabee approached the caucus about supporting a bill to separate the holidays, but the caucus decided not to support it.

“We did not want to risk this bill not passing,” Flowers said. Instead, the caucus worked on the language of the bill and a strategy to get it passed.

Flowers said she had previously traveled to Ireland and Scotland, and she noted that people worldwide recognized the impact of the U.S. civil rights movement.

She said an Arkansas civil rights bill was recently passed but it was “watered down.” “We still do not have a civil rights law in the state of Arkansas,” Flowers said.

“Part of Dr. King’s legacy and history rested in him reaching out to clergies and white people about embracing non-violence,” she said. “This work is never over.”

“Remember that when God places a purpose on our lives, he set the same purpose on Dr. King’s life,” she said. “All of us are responsible for carrying Dr. King’s legacy forward.”