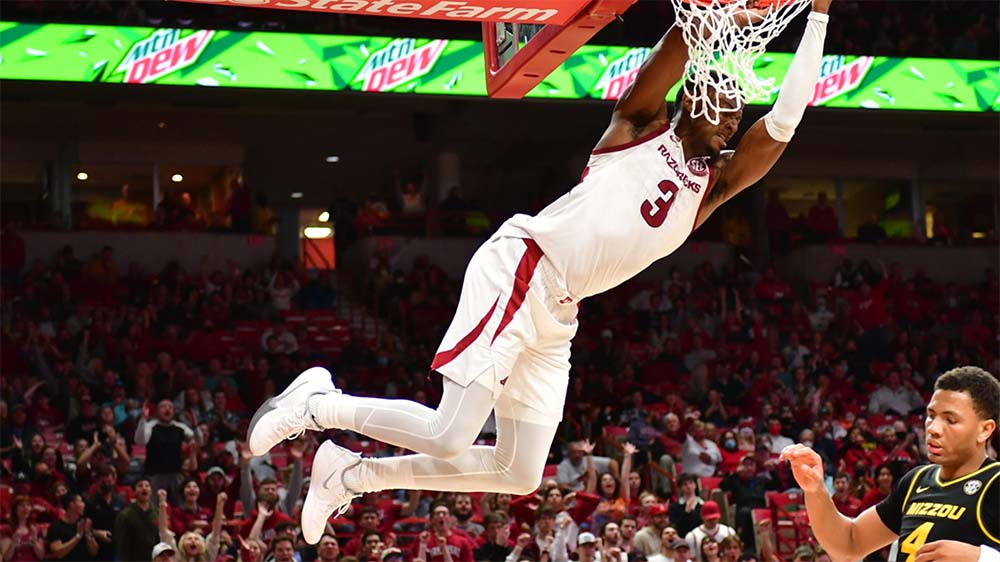 Fayetteville, Arkansas – Arkansas used a 19-0 run early in the game for a 26-3 lead, held Missouri to just 15 first-half points and cruised to an 87-43 victory Wednesday night at Bud Walton Arena.

In addition to the strong offensive effort, the Razorback defense was even better.