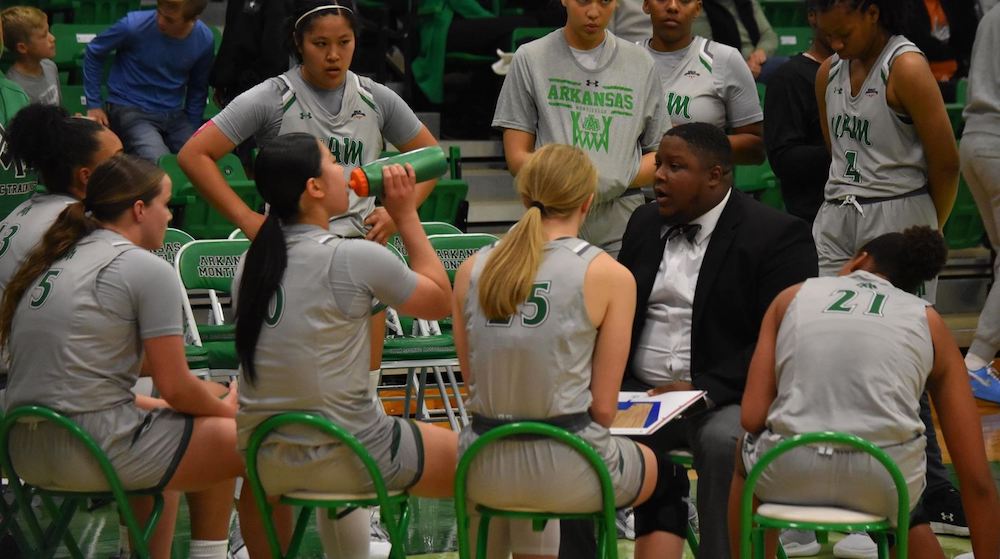 Magnolia, Arkansas – The University of Arkansas at Monticello women’s basketball team came out with a loss tonight in their Great American Conference rival match-up with Southern Arkansas University, 109-73.

In the first quarter, the Blossoms were throwing up shot after shot, coming out 5-13 for field goals and 0-1 on three pointers. Through their best efforts, the two teams would head into the second quarter with the Muleriders on top.

The second quarter showed new light for the Blossoms as they made over 54% of their field goals. The Mulerider defense would put up a fight, limiting UAM to only 11 field goal attempts on the quarter. The teams would finish the half and head to the locker rooms with SAU still on top.

The third quarter proved to be very similar to the second. UAM was able to put more shots in the air, going 6-18 on field goals and 2-3 on shots beyond the arc.

The fourth quarter showed a massive shift in momentum as UAM turned the tables on the Muleriders, outscoring them by 8 points. The two teams would continue their conference battle, SAU proving to have the match go their way as they would win the game 109-73 and the Blossoms fall to a 0-9 record in conference play.

Shania Smith led the charge for the Blossoms, posting 16 points and 3 steals. Trinity McDowell was also a big part of the UAM offense, putting up 13 points of her own.

The Blossoms will be back in action on Saturday, January 15th as they take on Henderson State University in a Great American Conference match-up at Steelman Field House. The game is set to begin at 2:00 PM.