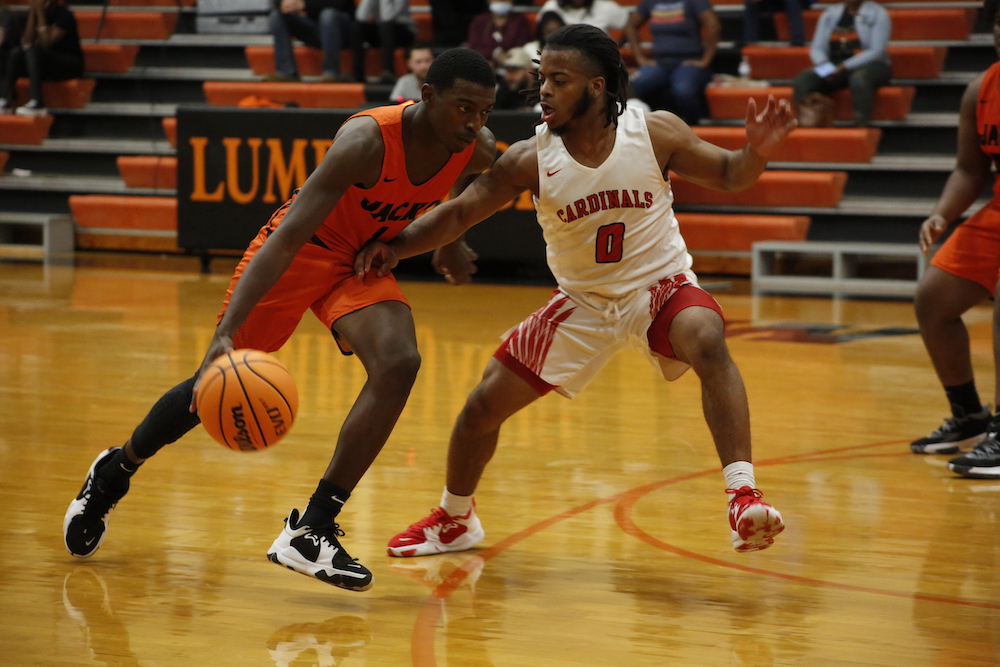 Warren, Arkansas – Returning from their holiday break, the Warren Lumberjack Basketball opened 8-4A Conference play Tuesday evening, January 4, 2022 at home, falling to the Camden Fairview Cardinals by the final of 66-35.

This was Warren’s first ballgame since December 17 when they fell to Pine Bluff on the road. The Jacks came into the game with an overall record of 1-6.

Warren came out hot early in the first quarter. Some superb play by Jalen Lee and Marcus Green saw the orange and black with as much as a six point lead at one point in the first. Lee would score six points in the period, but a late quarter surge by Camden Fairview did away with the Lumberjack advantage. The Cardinals led by ten before the end of the quarter.

Struggles defensively became an issue in the second. Camden Fairview stretched their lead to eighteen before the halftime break. The Cardinals would go on to defeat Warren by the final of 66-35.

Jalen Lee led Warren with 10 points on the night.

There was no Lady Jack game prior to the men’s game. The women’s game vs. Camden Fairview was postponed to a later date. We’ll post updates as they become available.