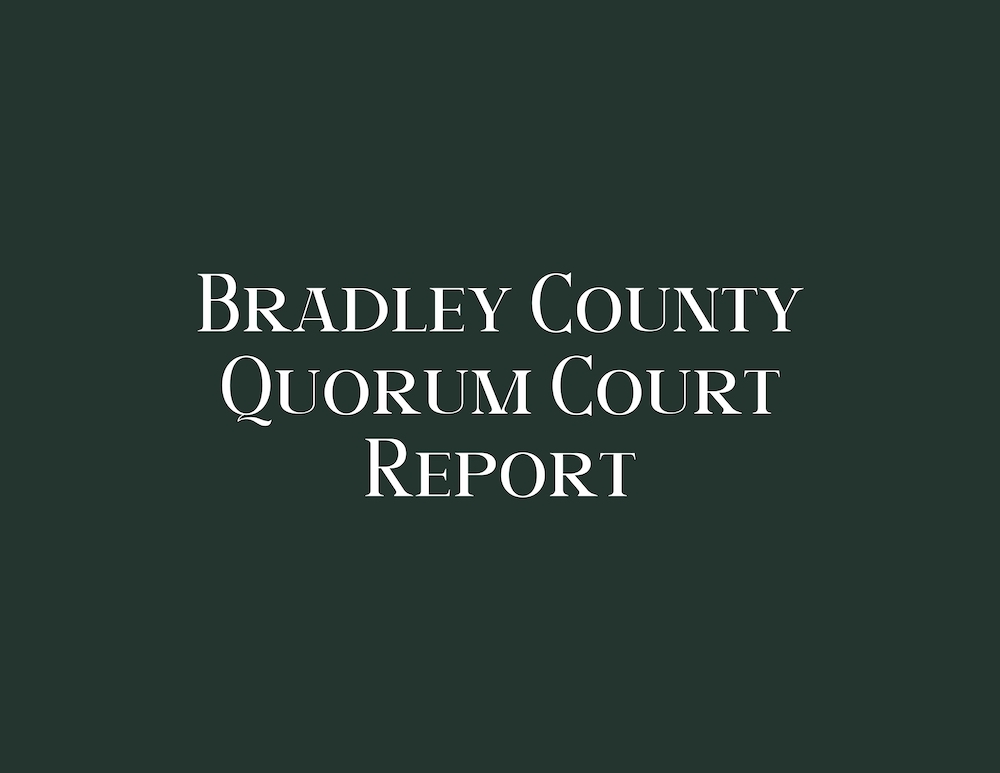 County Judge Klay McKinney said the new infrastructure bill will include a large amount of money for rural counties, such as Bradley. Federal funds would provide 80 percent of the cost of such projects, with the county paying the other 20 percent. McKinney noted the county still has five to six wooden bridges which need to be replaced, including one slated to be replaced this year on Bradley County 22.

“We need to think long-term on infrastructure projects,” McKinney said. He added that Gov. Asa Hutchinson has created a task force to look at grant funds for the counties.

Another major project is renovation of the bell tower. CADM Architectural Co. and Southern Diversified, both of El Dorado, are handling the project. “The only thing holding the bell in place was the bell itself,” McKinney said, adding that major reconstruction will be needed.