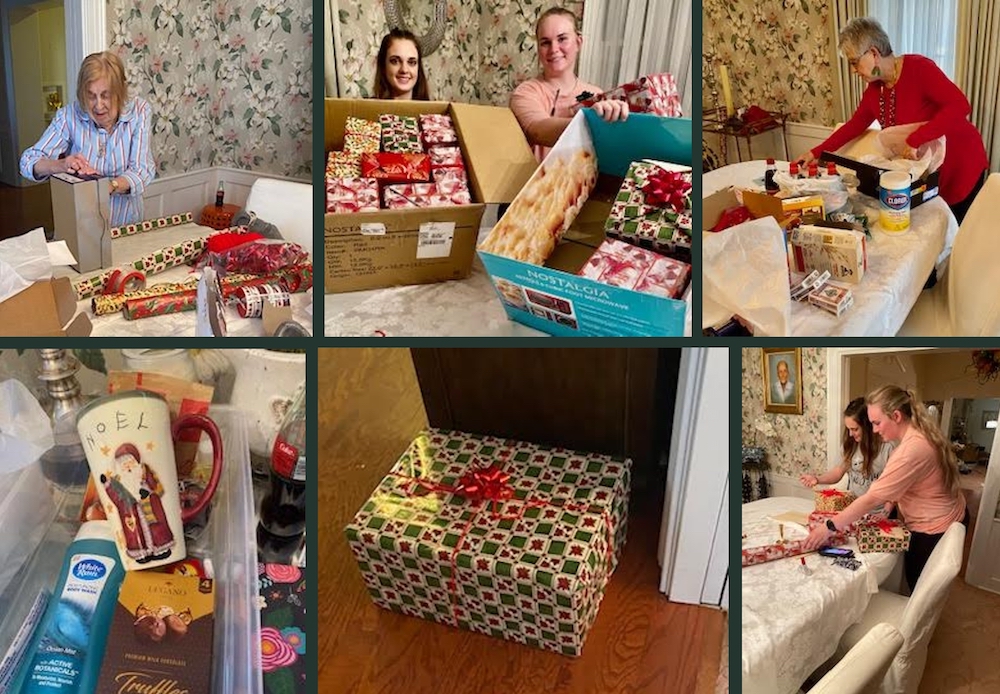 Donations to the project this holiday season were made by the Hospital Auxiliary, the Warren Woman’s Club, John Little of the Veteran’s Museum, as well as other citizens. The local chapter has adopted this as a yearly project and hopes it grows next year. According to event organizers, “collecting the 26 shoe boxes, the gifts, wrapping, loading, and delivering the presents was a month-long endeavor.”

The chapter received help from Leslie Ferrell and Tara Peek wrapping and loading the boxes. Organizers are hopeful for other local citizens to volunteer next year to make this possible again. Residents are asked to save shoe boxes for us and any small gifts to stuff the boxes.

The 2021 shoebox program in Warren is sponsored by the Captain Robert Abernathy Chapter of the Daughters of the American Revolution (DAR).

The Veteran’s Shoe Box Program is a national program. Thousands of people across the US fill shoe boxes with gifts for veterans. Nationally, and in the state of Arkansas, many boxes are shipped overseas to active-duty soldiers. In Warren all the shoeboxes are for local retired veterans or their spouse.