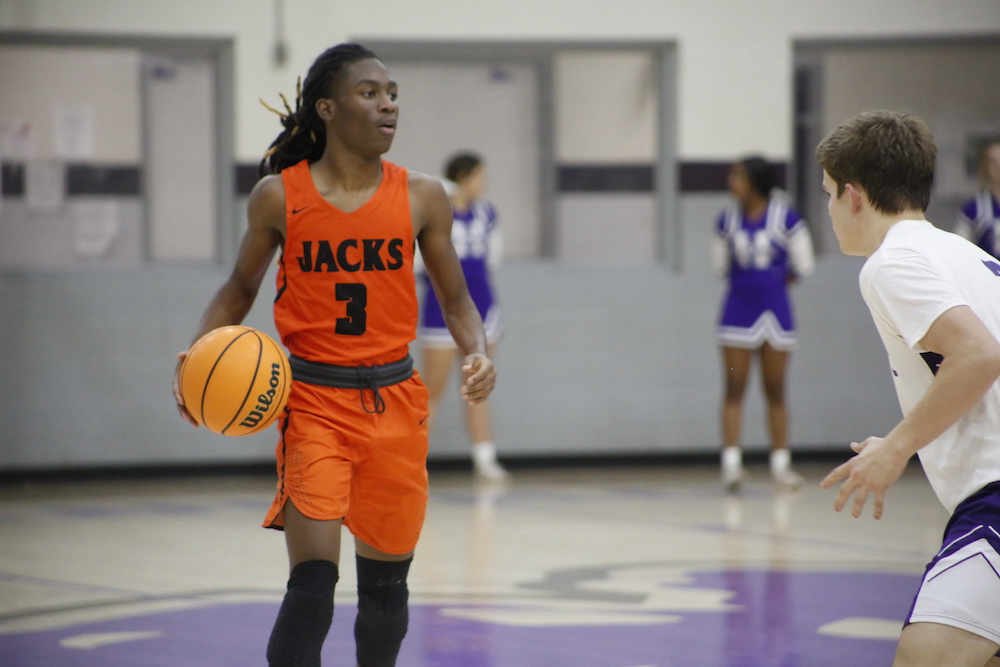 Hamburg, Arkansas – After a difficult start to the 2021/2022 season, the Warren Lumberjack Basketball team found their groove Friday night, putting 75 points on the board in a very important conference road win over the Hamburg Lions January 7, 2022.

Warren came into the ballgame with a 1-7 overall record. Tuesday they lost their 8-4A Conference opener at home to Camden Fairview. Friday’s game at Hamburg was an opportunity to right the ship, and the Jacks certainly turned up looking ready for the challenge.

Things remained tight through the second quarter as both Hamburg and Warren traded jabs back and forth on the scoreboard. Warren head coach Joseph Anders was clearly looking to give his squad a sense of urgency offensively. The Lumberjacks pushed the floor quite often in the second quarter and beyond, and the transition game reaped rewards. Warren led 37-36 at the halfway point.

The Lions refused to go quietly however. They would retake the lead by the end of the third quarter at 54-53. Warren never let up through the final minutes of the game, hitting some crucial shots and creating some big time turnovers to secure a 75-67 win on the road over an historically solid Hamburg program.

Perhaps most impressive, the Jacks had four players post double figures on the night. Malik Day and Jordyn Ingram each scored 15, leading the Lumberjacks on the scoresheet.

Both Isaac Richey and Matthew Powell followed them with 12 a piece.

The Lumberjack Men’s Basketball team continues the road trip Tuesday as they travel to Star City to take on another 8-4A Conference foe in what could be a really good ballgame. As of now that game is set for a 6:00 p.m. start time.

Traveling fans should be aware however that there have been some changes to the schedule lately, so the start times may be altered. Saline River Chronicle will check on that next Monday and try to post an update.

Also, the senior Lady Jacks’ game that was previously scheduled to take place prior to Friday’s men’s game was postponed, as was their Tuesday night game. The Warren Lady Jack schedule is a bit in the air at the moment, but we’ll post updates as they are available.