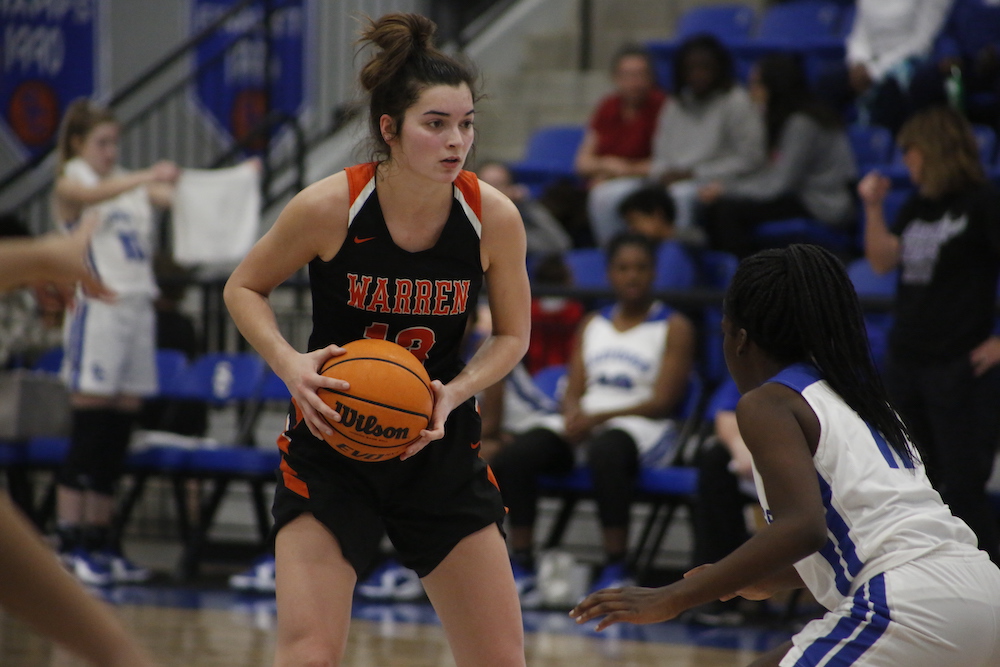 Star City, Arkansas – The Lady Jacks of Warren High travelled to Star City Monday, January 31, 2022, dropping an 8-4A Conference game to the Lady Bulldogs by the final of 56-33.

The opening quarter was quite competitive. Warren moved the ball with urgency on the offensive end, taking a 3-2 lead in the first two minutes. Star City’s historically talented women’s basketball program was as sound as ever though. The Lady Bulldogs played solid fundamental defense, didn’t turn the ball over at the other end of the court, and hit their free-throws. In the first quarter that would be the difference, as Star City took a 15-8 lead into the second period.

Warren lost site of Star City in the second quarter however. The Lady Bulldogs outscored the orange and black 17-5 to lead Warren 32-13 at the half. Warren kept better pace in the third, but the effort wasn’t enough to alter the result. Star City went on to defeat the Lady Jacks by the final of 56-33.

Lady Jack senior Keller Bigham had another outstanding performance. She scored 19 points and hit three shots from beyond the arc. Bigham also went six for nine from the free-throw line. This marks Bigham’s fifteenth game out of the sixteen played so far this season in which she has scored double figures. The Mississippi College commit is currently averaging 16.625 points-per-game.

Tessa Andrus followed Bigham with five points on the night. She also hit a three in the third.

Mylesha Yao hit a three in the fourth.

Ana Tinoco was the only other Lady Jack to post points. She was credited with one bucket in the first.

The Lady Jacks are now 6-10 overall and 1-4 in the 8-4A. Lots of basketball is still to be played this week. Warren’s women will be back in action Tuesday night, February 1 as they host Hamburg at 6:00 p.m. They also have games Wednesday, Friday, and Saturday of this week.