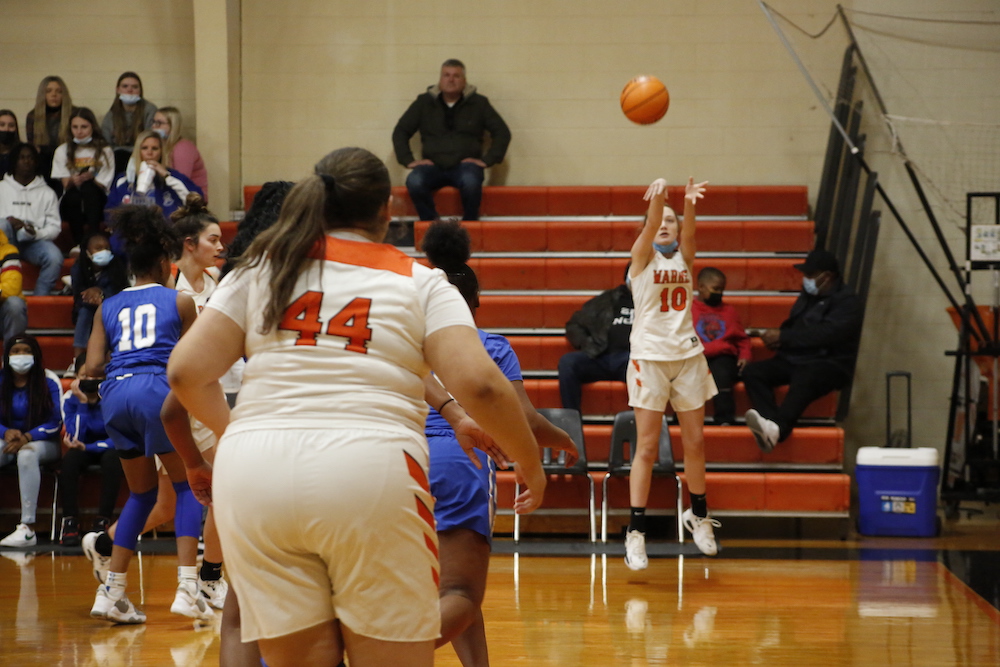 Warren, Arkansas – Coach Leon Harris’s Warren Lady Jacks earned their first 8-4A Conference win of the season Friday night, January 21, 2022, defeating the Monticello Lady Billies by the final of 35-16 at home in Warren.

This was the second game in two night’s for Warren’s women’s team, as several games have been forced to be postponed due to COVID protocols in the last month. Friday’s game hosting Monticello was only the second appearance for Warren since December 29. The Lady Jacks brought a 5-7 overall record into the game, and an 0-1 conference record, dropping Thursday’s game in a close one to Camden Fairview.

From the onset Warren looked hungry, confident, and ready to attack with pace. The Lady Jacks showed a clear intent within the opening six minutes, and that intent was to be the aggressor, both on the offensive end as well as the defensive end of the court. Warren scored 15 in the first quarter, while holding Monticello to just two points.

The second quarter became a bit slower for Warren offensively, although they did add to their talley. The impressive part however was their continued focus defensively. Monticello only managed nine points before the half. Warren led 23-9 at the midway break.

No letup was found in the second half. Warren stayed focused defensively, only allowing the Lady Billies two points in the third and five in the fourth. The work rate shown by Warren was something that must be applauded. Monticello never found any rest. Warren went on to win by the final of 35-16.

Tessa Andrus had perhaps her best game of the season to-date, scoring 10 points and leading the Lady Jacks on the scoresheet. She knocked down two threes on the night.

Tyairean Bass had eight points for the orange and black.

Keller Bigham posted seven. Warren’s usual top scorer, her minutes were cut a little shorter than normal due to Warren’s dominance throughout. She was able to get a bit of a rest in the second half before a busy and important week ahead.

Mahiya Payne scored five, hitting one from behind the arc.

Mylesha Yao put up four, and Paris Wright had one point from a fourth quarter free-throw.

The Lady Jacks are now 6-7 overall, with a 1-1 record in the 8-4A. This all important win over Monticello comes as the two are currently in a battle mid-table in the 8-4A, each with a chance to climb in the coming two weeks. Warren is set for a tough fight on the road Tuesday at conference leaders Magnolia who are 3-0 in league play. That game will start at 6:00 p.m., followed by the men’s game.