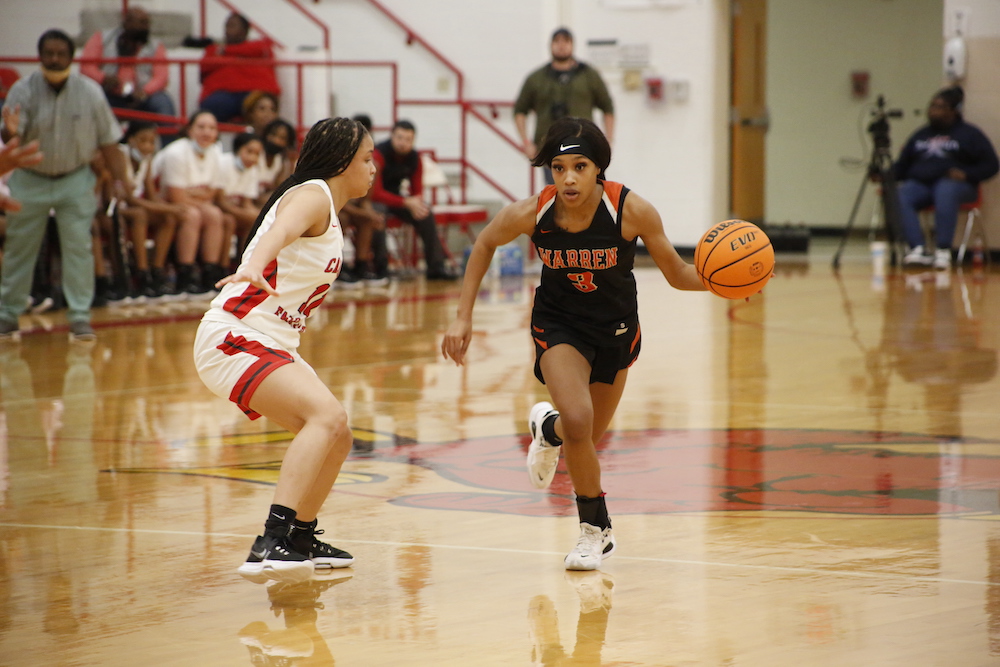 Camden, Arkansas – Despite a hard fought four quarters, the Warren High Lady Jack basketball team lost on the road at Camden Fairview Friday evening, January 28, 2022 by the final of 46-27.

Warren’s women looked ready for a battle in the first, playing solid defense, but struggling to get shots to fall. Camden Fairview found their shooting groove in the later portion of the opening quarter, sinking a couple of threes. The Lady Cardinals took at 15-6 lead into the second, but by the break that lead was extended to 28-14.

The Lady Jacks only allowed seven points in the third, continuing a gritty performance defensively. Getting shots to fall on the other end remained elusive. Camden Fairview went on the defeat Warren by the final of 46-27.

Keller Bigham once again led the orange and black on the scoresheet. She put up 14, hitting one three and going three of four from the free-throw line.

Tyairean Bass had one of her better offensive performances of the season. The Warren point guard posted 11 points against the Cardinals.

Warren’s only other scorer for the game was Tessa Andrus with two points.

They face a road trip to Star City Monday, January 31. That game starts at 5:00 p.m. It is a make-up game from a postponement, so there is no men’s game afterwards.

The Warren Junior Girls lost to Camden Fairview Friday night as well by the final of 49-26.