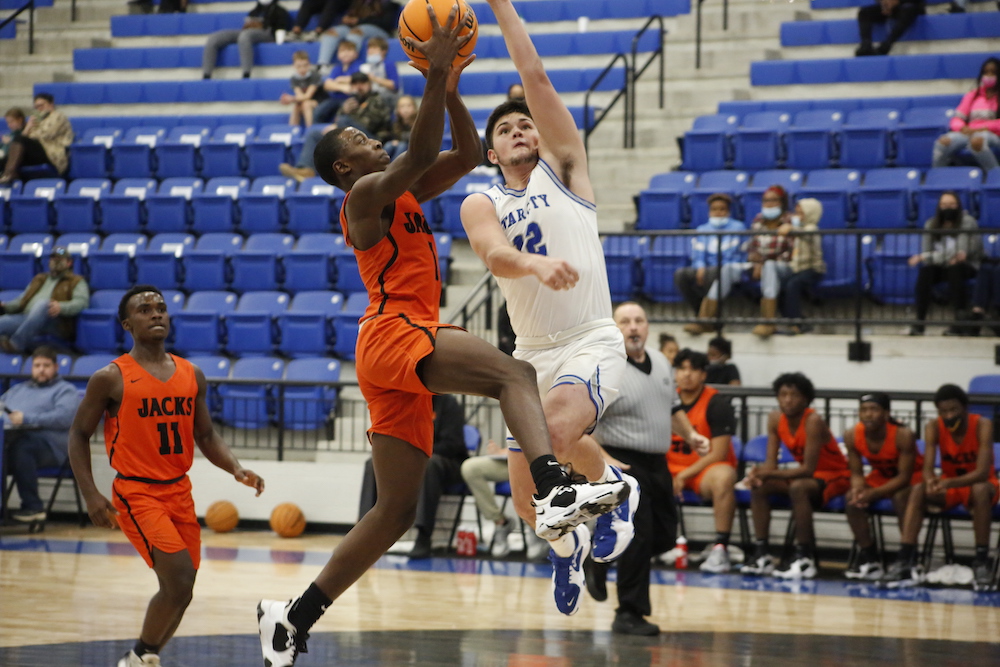 Star City, Arkansas – Despite a late game push, the Warren Lumberjacks fell to the Star City Bulldogs on the road Tuesday evening, January 11, 2022 by the final score of 62-41.

Warren was looking to build a bit of momentum after they posted an impressive scoreline last Friday, defeating Hamburg 75-67. The win moved the Jacks to 1-1 in the 8-4A, and 2-7 overall. Although Warren put in a hardworking shift, a tough first half shooting was too much to overcome.

Although Warren was down just 9-5 after the first quarter, trouble finding baskets plagued the orange and black from the onset. The team would only get two goals from the field in the first period, one from guard Isaac Richey and another from Marcus Green.

Star City also found baskets tough to come by in the first, but they began to heat up minutes later. The Bulldogs picked up 21 points in the second quarter to lead Warren 30-14 at the halftime intermission.

In the second half Warren came within ten points of Star City on several occasions, but the Bulldogs pulled away late, winning by the final of 62-41.

The loss brings Warren to an overall record of 2-8 on the year. It’s the second loss for the Lumberjacks in Conference 8-4A.

Jordyn Ingram followed Green with eight on the night.

Other Lumberjacks on the scoresheet included Jalen Lee with seven, Isaac Richey with six, Matt Powell with four, and Benjamin Escamilla with two.

Top photo: Jalen Lee(10) goes up for a layup during the third quarter against Star City.