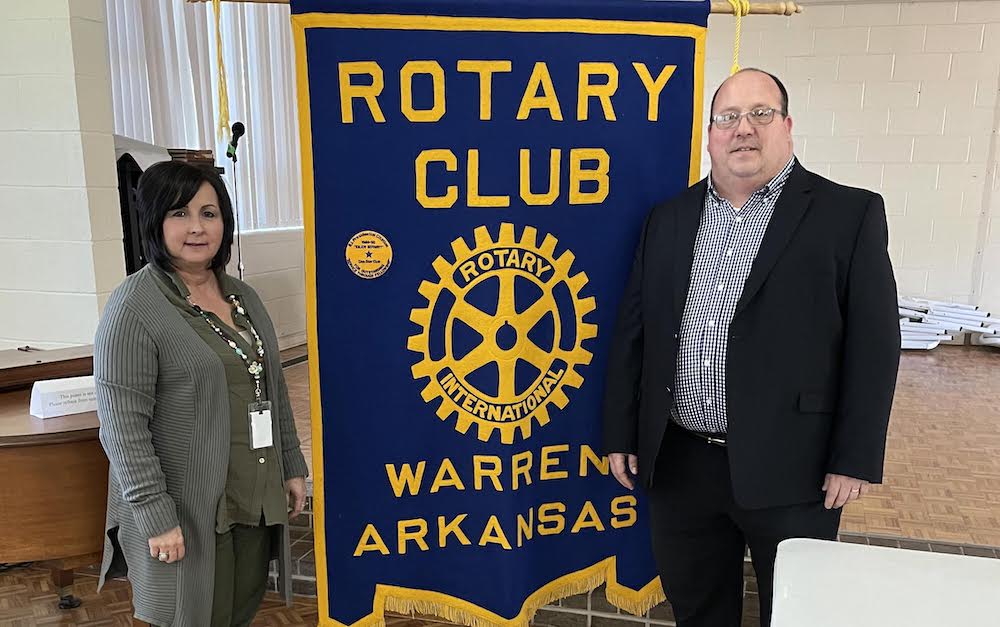 The program for the Rotary Club of Warren on Tuesday, Jan. 4 inside the Fellowship Hall at First United Methodist Church was Mike Conyers with the Arkansas Department of Health for Emergency Disaster Preparedness. Mr. Conyers was the program for Rotarian Dana Harvey. Mr. Conyers spoke covered a lot of information regarding the state of Arkansas’s Emergency Disaster Preparedness plans. The facilities in Warren that are included in the Southeast Coalition of the state are the Southeast Arkansas Human Development Center, Bradley County Medical Center, and Chapel Woods Health and Rehabilitation. There are seven total coalitions in Arkansas that represent different geographic areas. These coalitions exist to provide resources in the case of an emergency or disaster. Mr. Conyers stressed that all of Arkansas’s coalitions help each other out because some have resources that others don’t, and there are also national resources that can be tapped into in the case of an emergency. One of the main components of this are mobile hospitals that can be set up in the event that a disaster happens far away from the nearest healthcare facility or if a hospital loses power or some other important utility, or even for overcrowding. They have four of them across the state that can be utilized, with each one having a capacity of 50 beds. He also spoke about some of the things they’ve done over the last couple of years with helping get PPE to different facilities and other needs that arose during COVID.