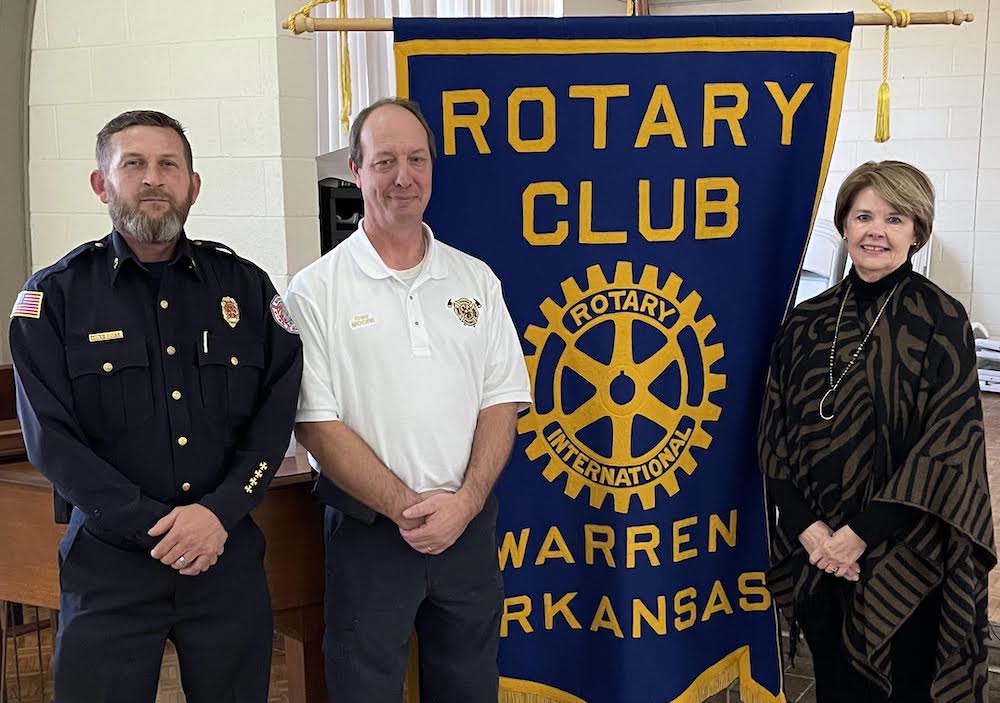 The Rotary Club of Warren met Tuesday, Jan. 25 at noon inside the Fellowship Hall at First United Methodist Church for their regular meeting. Warren mayor and Rotarian Denisa Pennington introduced the new City of Warren Fire Chief Chuck Moore as the program. Chief Moore spoke about his upbringing in Sardis, Miss., and told the crowd about his father being a fireman and how he followed in his footsteps. Moore continued with a list of his qualifications for the job, including being a graduate of the Arkansas Fire Training Academy and his experience as a firefighter and fire investigator for an insurance company prior to accepting this position. He stated he’s been on the job for about two weeks and has already had a number of calls to handle. He also thanked Larry Hayes for serving as acting fire chief for a time before Moore got the position. Another thing Chief Moore mentioned was how lucky Warren was to have so many volunteer firefighters and that most communities do not have as many willing to volunteer. Moore wrapped up his speech by answering a handful of questions from the audience.