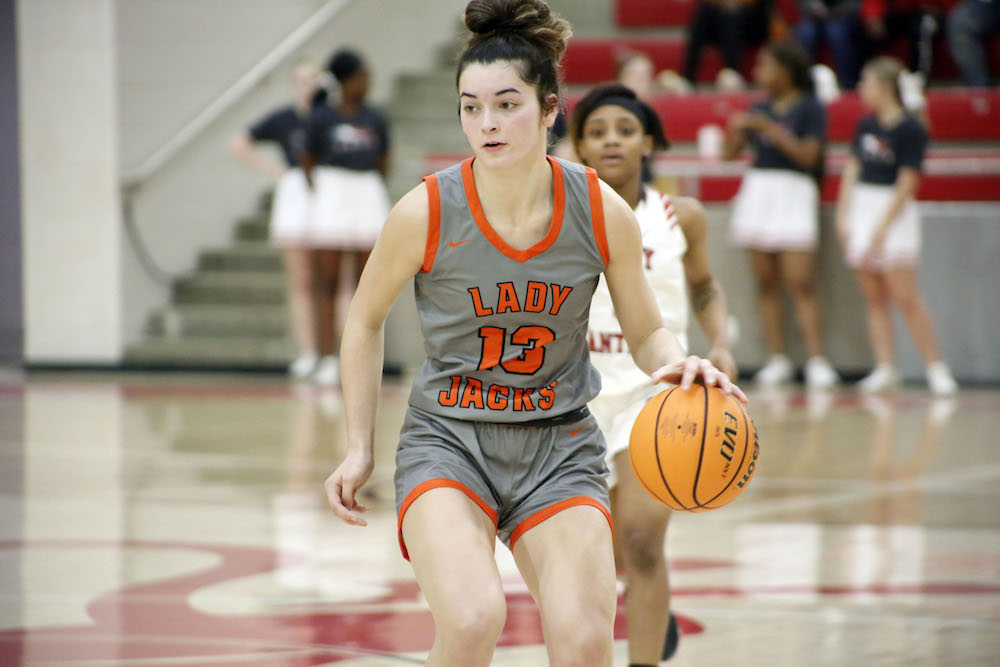 The Lady Jacks came into the ballgame with a 6-7 overall record, but at only 1-1 in Conference play, there is plenty of basketball yet to be played. Warren undoubtably were underdogs in this one, as Magnolia’s Lady Panther team arrived ahead of Tuesday’s game undefeated in the 8-4A, sitting atop the conference table.

Things appeared very bright for Warren in the opening stages, as buckets from Tyairean Bass and Keller Bigham helped the Lady Jacks jump out to a 5-0 advantage within the first two minutes. Magnolia however swung right back, going on a 7-0 run to retake the lead. The Lady Jacks did tie things up at 7-7 midway through the quarter, but Magnolia continued their offensive spree, finishing the first period up 12-7.

The home team kept up their momentum into the second quarter, extending their lead to ten points. Warren’s point tally was hampered by a few turnovers, which took Warren into halftime down 21-11.

Scoring opened up even more for Magnolia’s Lady Panthers in the third and fourth quarters. Warren made a late consolation run in the fourth, but they went on to fall by the final of 53-26.

The Lady Jacks were led on the scoresheet by Keller Bigham with 14 points. She knocked home two threes on the night.

The loss takes the Lady Jacks to 1-2 in conference play. They now have an overall record of 6-8.

The conference race is still very much in play for Warren’s women. Things could look much better after Friday if they can take down Camden Fairview, who currently occupy third. The task won’t be easy however, as the game is on the road. That game will start immediately following the Junior Girls game vs. Camden Fairview Friday, which is set to tip off at 5:00 p.m.