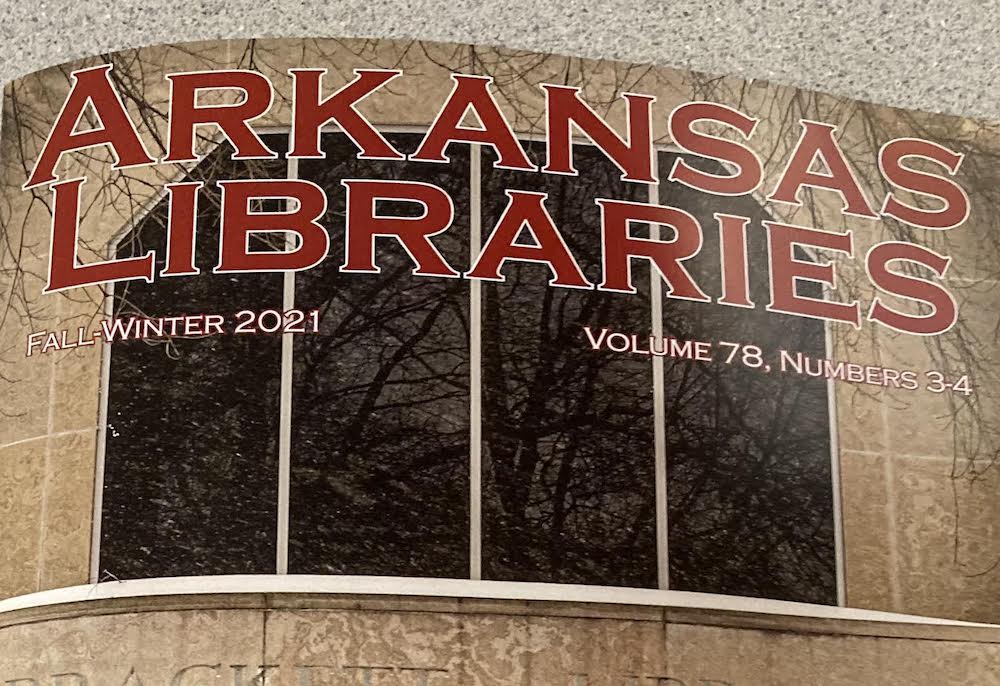 Fayetteville, Arkansas – The most recent issue of Arkansas Libraries, the official magazine of the Arkansas Library Association, has published a story by Maylon Rice, a Warren native, who is a Trustee Emeritus of the Fayetteville Public Library.

Rice’s story appearing in the Fall/Winter issue of Arkansas Libraries is about the 2021 Library Design Showcase recently featured in the September/October 2021 issue of American Libraries, featuring the 88,000 square foot addition to the library in downtown Fayetteville. Rice was a Board of Trustee member from 2010-2020 and was Treasurer of the Library for 8 of those 10 years.

That this year’s slate featured building projects completed during the pandemic makes them even more noteworthy.  The bulk of the 84,000 expansion and renovation of the current 85,000 Fayetteville Public Library took place as the library had limited patrons inside the building.

The Washington Post this past week wrote an Opinion/Editorial piece saying the nation was experiencing a “Golden Age” of Libraries and the Fayetteville Public Library was the only public library mentioned in that piece.

During the pandemic, library staff delivered book order and material pick-ups masked and at safety protocols at the curbside. An expanded virtual presence also allowed many library services offered on line in a Zoom or virtual format. Most of the book clubs, for instance, met on Zoom in 2020-2021.

The American Libraries article notes that despite libraries being temporarily closed or operating at reduced hours because of COVID-19 restrictions, beautiful new facilities and innovatively renovated spaces continued to open to the public over the past year and a half.

This was the second time the Fayetteville Public Library has been awarded the American Library Association’s Library Design Showcase award. The first time was when the original Blair Library opened in 2004.

The following year, 2005, the new Fayetteville Public Library was named the “Library of the Year” by the Library Journal.

In the September/October article by Phil Morehart, a senior editor at American Libraries, profiled the expansion by MSR Design of Minneapolis especially for the renovation’s “new spaces for the community to create, learn and connect.”

Rice, who writes the Pastime column for the Saline River Chronicle, has always been a fan of the public libraries in Arkansas – especially the Warren Branch Library in downtown Warren.