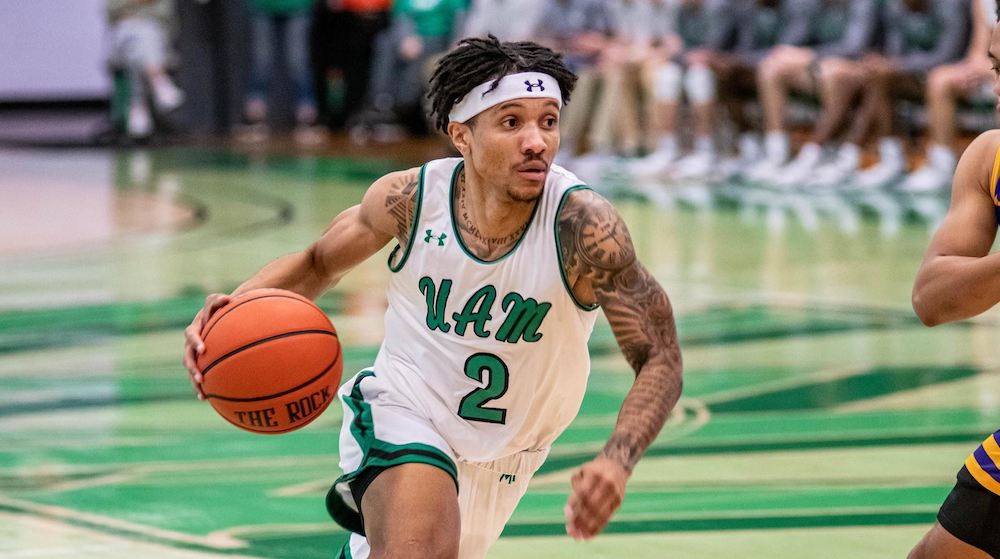 Ada, Oklahoma – The University of Arkansas at Monticello Men’s basketball team came out with a win as they take down East Central University. The Weevils fought the Tigers to the very end of the match, coming back from a 15 point deficit to take the victory, 62-61.

The first half started out slow for the Weevils as they quickly fell down 6-0 to the Tigers before being able to get points on the board. UAM struggled to find their stride as ECU would continue to dominate throughout most of the half. The Monticello boys would go on a 7-0 run to finish out the half and decrease the Tiger lead. The two teams would head to the locker rooms with ECU on top, 36-29

On the defensive end in the opening 20 minutes, UAM held the Tigers to just 14-26 field goals and 3-of-11 shooting from beyond the arc.

After being down 15 points to ECU at a point in the first half, the Weevils came into the second half with something to prove. Throughout most of the half, UAM would go shot for shot with the Tigers, keeping ECU from running away with the game. With 7:02 left on the clock, UAM began making their move.

The Weevils began chipping away at the Tiger lead, going on a 6-0 run to put them within 2. ECU would hit a 3 with 36 seconds left, but Richard Feagin Jr. would follow up with a 3 of his own, tying the game up with 19 seconds left on the clock. Wesley Booker hits a free throw with one second on the clock to give UAM the lead in the final moments of the game. UAM would win the game 62-61.

UAM returns to the court in Magnolia, Arkansas Jan. 13th, for a Thursday match against Southern Arkansas University. Tip off is scheduled for 7:30 p.m.