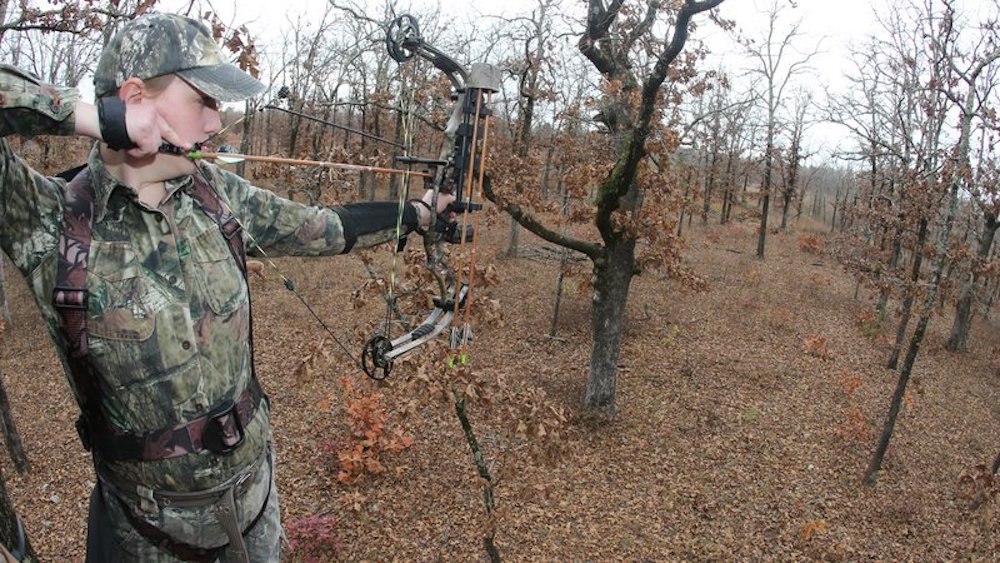 LITTLE ROCK – Modern gun deer hunting is in the rearview mirror for the 2021-22 deer season, but there’s still time to fill a tag with archery tackle until the end of February. For those who have already taken a deer during Arkansas’s modern gun season and one during Arkansas’s muzzleloader season, the Arkansas Game and Fish Commission’s Triple Trophy Award may yet be within reach.

Hunters who qualify for the Triple Trophy Award must, within a single annual deer season, take at least one deer by each of the three legal hunting methods – modern firearms, muzzleloading rifle or pistol, and archery/crossbow tackle. Qualifying hunters receive certificates suitable for framing and a patch to place on their hunting vest or jacket.

The program began in the mid-1980s to encourage primitive weapons hunting. It was intended to accomplish two things – to increase the harvest of antlerless deer, and to spread out hunting pressure and reduce crowding during modern gun season.

In addition to more liberal seasons, hunters using archery tackle and muzzleloaders are more apt to harvest antlerless deer because of the increased difficulty of using those weapons.

Protecting does was essential decades ago, while managers where trying to increase the total number of deer in the state. Now that deer are plentiful, the management goal must shift to keeping the herd at healthy levels for the habitat available.

If does are protected from harvest, the ratio of does to bucks can be too far out of balance. This can lead to many does being bred later in the season than usual as well as too many deer competing for limited resources, which impacts the health of bucks and does alike.

Applications for Triple Trophy Awards must be submitted online by April 10, 2022. Visit www.agfc.com/tripletrophy to learn more and apply.