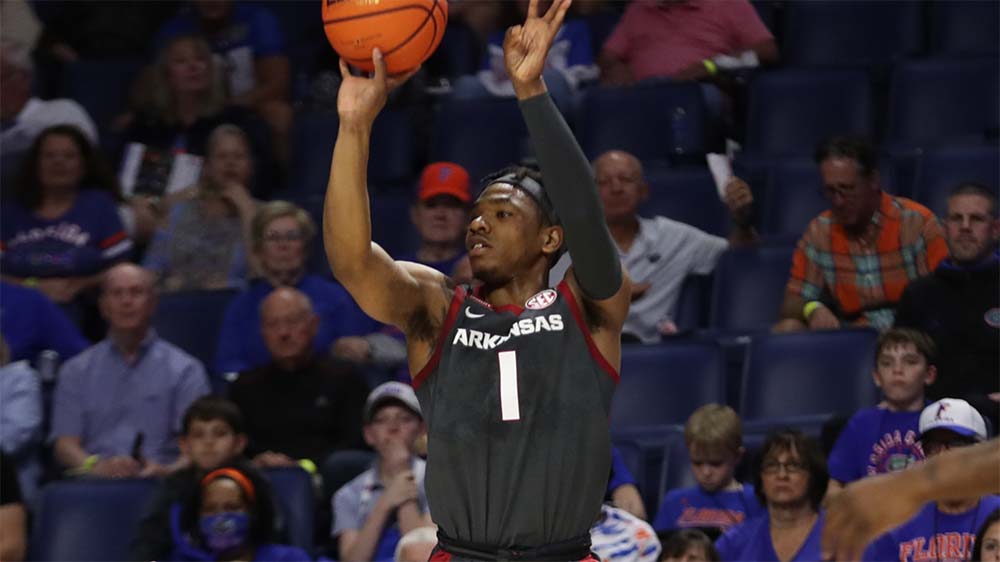 Also playing a key part in the win was Davonte Davis, who had 19 points, six rebounds and four assists.

While Arkansas led at the break, Florida took the lead four minutes into the half until the Williams triple with 5:26 left, giving the Hogs their first lead (63-62since early in the period. Florida answered but Stanley Umude came back with a 3-pointer from the top of the key with 4:46 left to give Arkansas a 66-64 lead, one it would not relinquish.

Florida hung tough before Notae deflated the Gators with a 3-pointer from the left wing with 1:06 left to put the Hogs up 75-71. Notae then iced the game with two free throws with 40 seconds left to go up 77-71.

Florida was led by Colin Castleton’s 29 points and Tyree Appleby had 19.