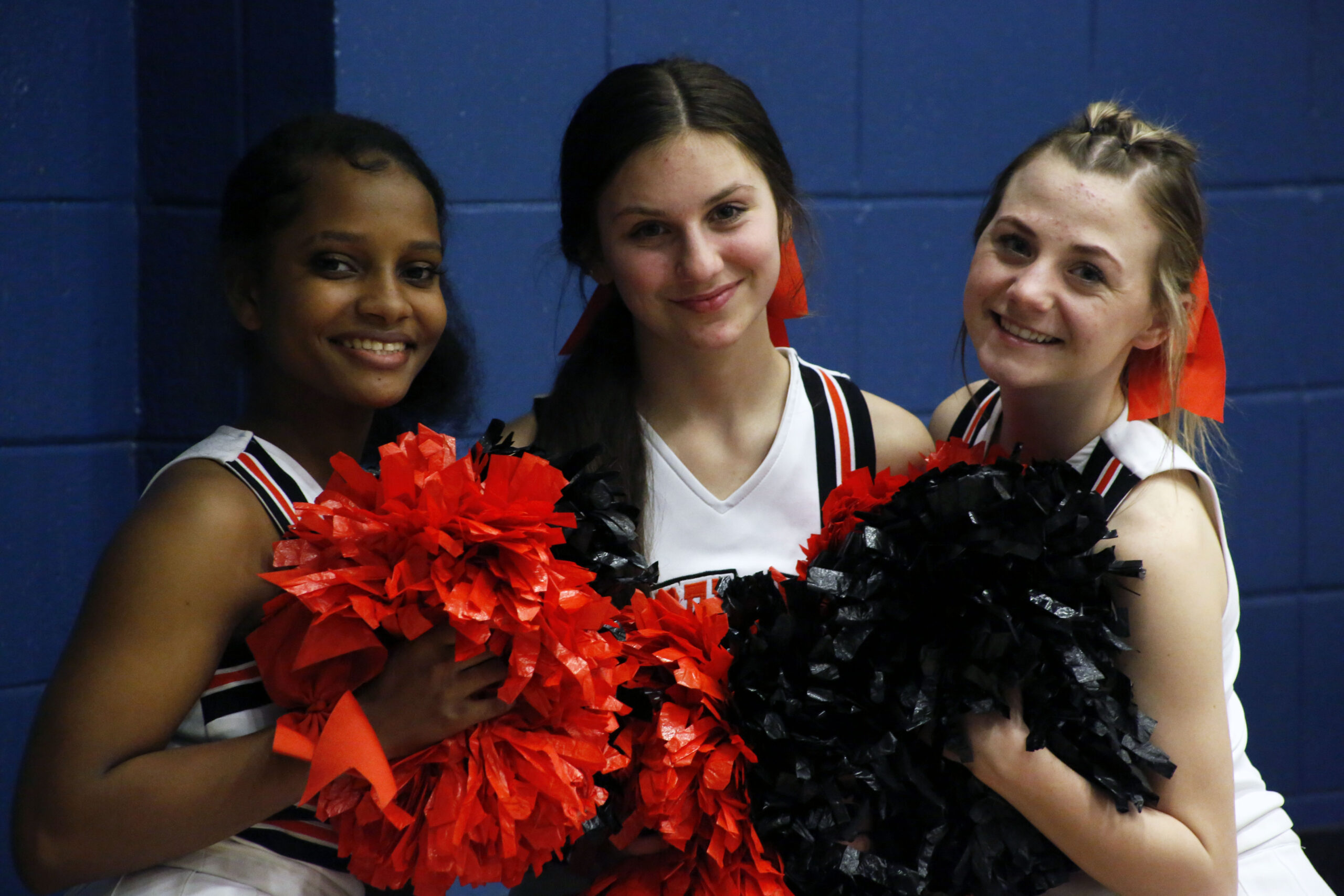 Covering Lumberjack sports, from football to basketball, from baseball to soccer, can be a busy task. Attending game after game, taking photos and keeping stats, are usually followed by late nights typing articles. It’s a hectic lifestyle, and one that becomes all the more a struggle when winter arrives, and with it, basketball season. With two games a night between the women’s and men’s teams, there can be upwards of six to eight games a week, sometimes more in rare cases. Our staff that works our sporting events, typically yours truly, thoroughly enjoys it, although it does take dedication and coffee-fueled late-night typing sessions.

But there’s another group that is right there each and every game, that almost never misses a beat. They are sometimes overlooked, especially during the winter basketball season, although they provide an integral role to the atmosphere of Warren athletic events. I’m talking about Warren’s Cheerleaders.

These student athletes in their own right, should be commended for their commitment and support of Warren sports. During football season, they brave the cold, and often rainy, Friday nights of playoff football, helping amp up the crowd as the Jacks handle business on the field. Though that’s when the majority of the fan base sees them at work, it’s their dedication to basketball season that truly impresses this writer.

These young ladies are so dedicated, that they even made the long trek to Magnolia several weeks ago to support Warren’s Lady Jacks in a game that featured just one Warren team on the night due to COVID issues for the men’s game. That game featured one of the smaller Warren crowds of the year, and for good reason, given the distance and the start time so close to the end of the work day for most in the community. Though the crowd from Warren was small, Warren’s Cheerleading squad was right there, committed to supporting Warren’s Jacks.

In December, for the first time ever, Warren’s Cheerleading squad took on the State Championship Game Day Cheer Competition. Though they didn’t win, this was the first time the group had taken on a competition season, a first in the program’s history.

Their support goes beyond just cheering at games. They organize spirit days at school, bonfires during football season, lifting up Warren’s band and art programs each and every year, and constantly giving back to the community.

If you happen to find yourself at Friday’s basketball games vs. Magnolia in Warren, or when you arrive for your first football game next fall, take part, yell at the top of your lungs along with them, and show your support for the Warren Lumberjack Cheerleaders.

So we say thank you to Warren’s Cheerleaders! And give ’em the axe Jacks!