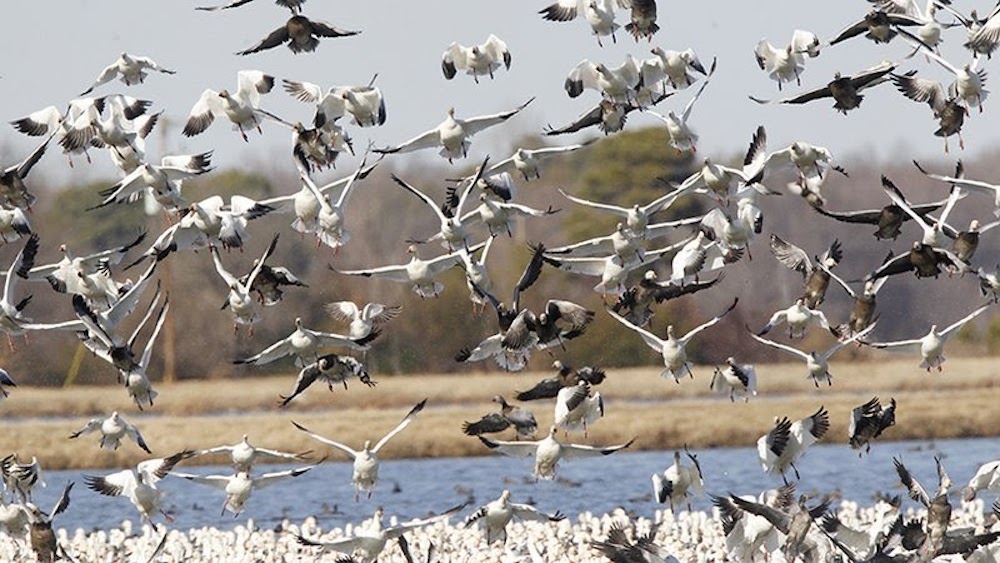 LITTLE ROCK — Duck hunters aren’t the only people who know and appreciate the soul-stirring sight of thousands of ducks, geese and other migratory birds descending on open fields in the Arkansas Delta. Each year, birders and other wildlife-watching enthusiasts flock to wetlands during winter to catch a glimpse of these birds as they make their annual trip between nesting grounds in the North and warmer breeding grounds below the frost belt. And thanks to the habitat offered by waterfowl-focused programs in Arkansas, these birdwatchers have more than 3,800-acres of private land to enjoy their passion through the end of winter.

The Arkansas Game and Fish Commission’s Wetland Rice Incentive Conservation Enhancement Program may be known by hunters for the increased hunting access it provides during duck season, but its foremost benefit actually is in wetland habitat.

“That’s what started the program to begin with,” Luke Naylor, waterfowl program coordinator for the AGFC, said. “Many rice producers have begun to till rice stubble under in fall and forgo flooding it, so we began to lease some land from farmers to leave the stubble and waste grain on the surface, flood it and let the ducks and geese do the cleanup work for them while other birds, such as shorebirds, benefitted from other resources these fields provide.”

The program evolved in its second year to increase hunter access on privately held fields. During the last two years, the AGFC has been able to secure a Voluntary Public Access and Habitat Incentive Program grant from the Natural Resources Conservation Service to expand the program to more than 40 locations covering more than 3,800 acres. All of which are open to walk-in birdwatching access any time regular waterfowl season is not open until the end of February. No special permit, registration or check-in is required.

Those temporary wetlands created on flooded rice fields not only offer food for waterfowl, but also for a host of migratory wetland birds. Hunters and biologists all noted flights of long-legged shorebirds buzzing their blinds before settling on the surface to probe in the mud with their long bills. Long-billed dowitchers, greater yellowlegs, and least sandpipers make interesting subjects and kept many hunters entertained between opportunities to hunt mallards, white-fronted geese and other waterfowl species common on flooded rice fields.

“Birds of prey like northern harriers, bald eagles and rough-legged hawks also will be found around these flooded fields, having followed waterfowl and other migrants,” Karen Rowe, nongame migratory bird program coordinator for the AGFC, said. “It’s a great time for birders to get out and enjoy watching these species and others while they make a brief stop to rest and refuel for their flight north.”

Thanks to increased communication about these locations, which was established to help hunters find fields, birders also can look around for possible areas where they would like to break out the binoculars and rubber boots to take a winter walk in search of species to add to their life list.

“All of the fields are listed at www.agfc.com/wrice,” Naylor said. “And you can access them by foot anytime between now and Feb. 28. Just be aware that many of the fields are flooded, so you may want to prepare for wet conditions. Even so, wildlife watchers can park in designated parking areas and walk established levees that should be high and mostly dry now. If you look at the maps available on the website, you’ll see that many are viewable from the side of a public road and close enough to others where a group could make a road trip out of visiting a few of them in the same day.”