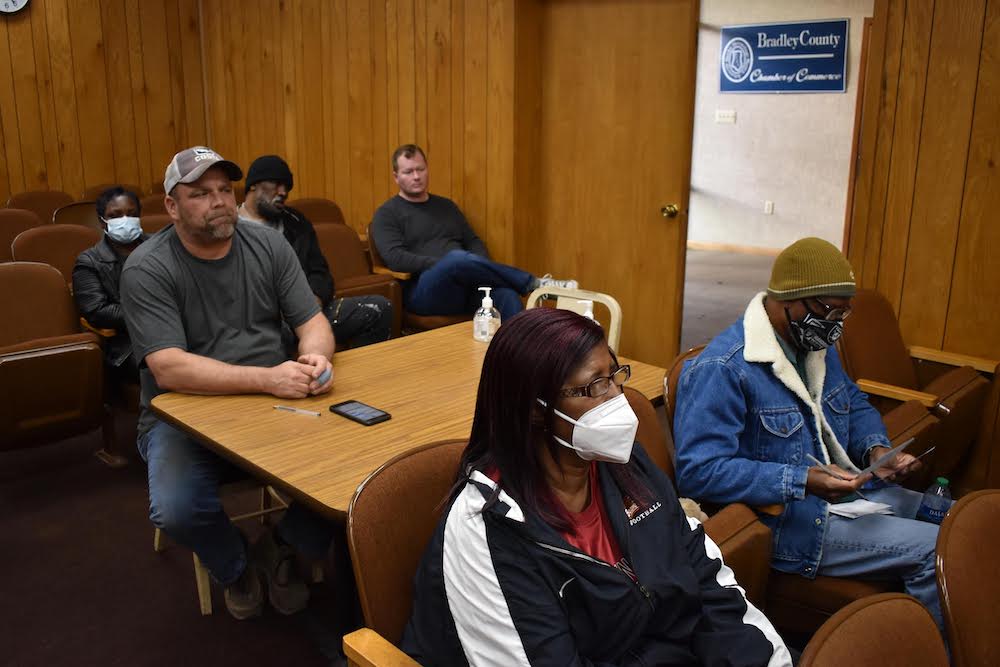 WARREN, Ark. – Several concerns were expressed by members of the community at the annual hearing to determine street paving needs before the Warren Street Committee on Thursday.

At the conclusion of the hearing, Chairwoman Emily Moseley said, “There’s just so much money and we have to stretch it as far as it can go.”

Mayor Denisa Pennington said, “We usually don’t get the paving done until fall.” The projects are generally prioritized by the City Council with approximately $125,000 available for paving projects this year. After the projects are prioritized, bids will have to be sought for the paving. Street Superintendent Monty Hearnsberger said after the meeting that the amount of funding available depends on state gas turnback funds.

Virginia Phillips said Meadowview Street was in poor condition. “I’ve lived there 30 years and it has never been paved,” she said.

Jonathan Skaggs said speed bumps had been installed on Cedar Street, with one later removed. He said he felt the speed bump should be put back in place.

Pennington said she was speaking as a citizen and brought neighbors Jane and Jim Powell to discuss problems on Marie Drive and Lyn Drive.

Archie Domineck said Glover Street between Rock and Cobb streets needed paving, as the rough road had recently damaged a wheel on his car.

Hazel Worthy said Steppes Street and Butler Street had not been paved in 20 years and there were also flooding problems on those streets when it rains.

No decisions were immediately made. Moseley said other Street Committee members Joel Tolefree and Zachary Burks were unable to attend. The committee members will do a drive-through of the areas mentioned and look at other streets that might need work.

Top photo: Some members of the audience at Thursday’s Warren Street Committee meeting voiced their concerns about various street problems in the community. Photo by Tim Kessler