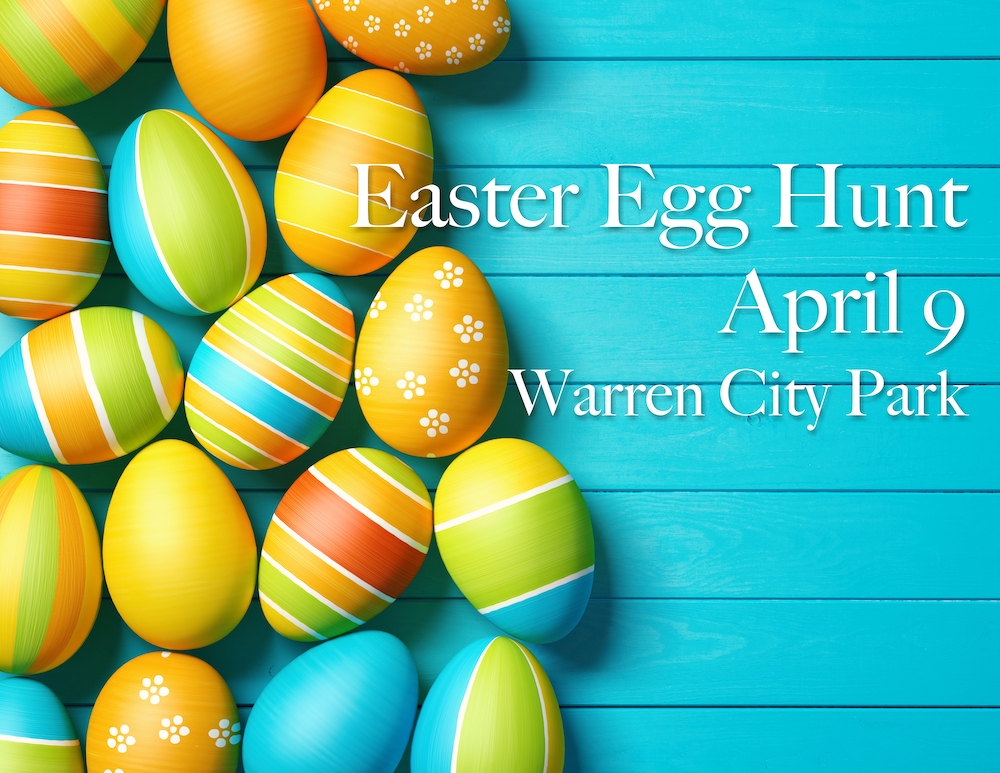 Special events chairwoman Julie Hamilton said an Easter egg hunt will be held at 10 a.m. April 9 at Warren City Park. Businesses will be asked to donate candy, which may be left at the Chamber office.