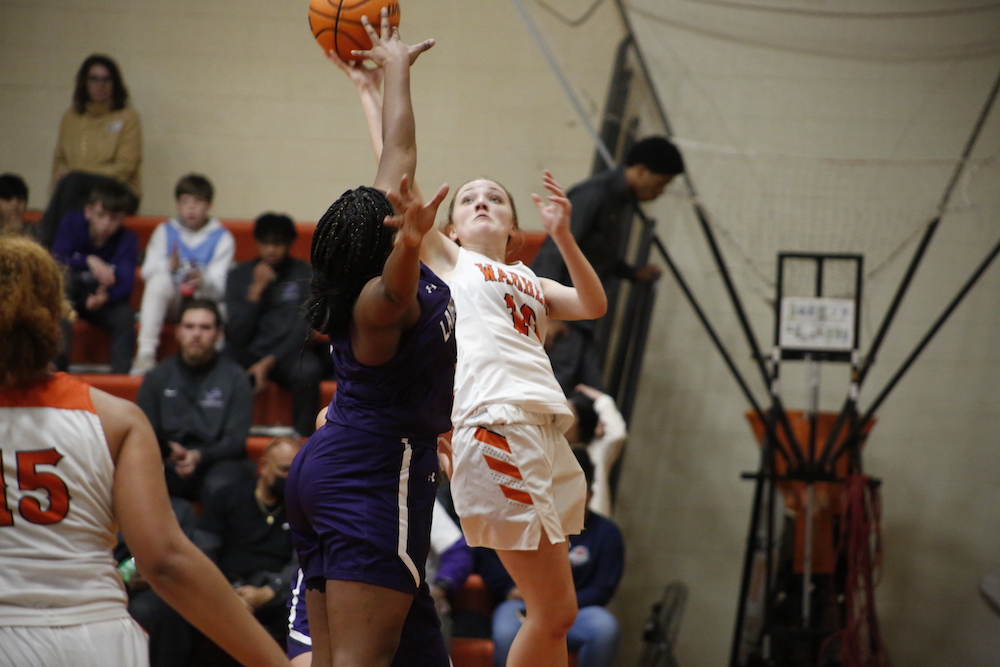 Warren, Arkansas – A close contest between the Warren Lady Jacks and the Hamburg Lady Lions was decided in the closing seconds as Warren came up just short by the final of 42-40 at home February 1, 2022.

The Warren women struggled early in the first finding points. The cold spell was given a bit of a reprieve as seniors Tyairean Bass and Keller Bigham combined for two baskets from the field in the first. The Jacks would play solid defense however and take a 9-7 lead into the second period.

The two teams battled in the second quarter, with Warren outscoring Hamburg 12-11. Tessa Andrus contributed two threes to help extend the lead by one. Warren led 21-18 at the half.

The cold spell from the first returned to haunt Warren in the third. Bigham was the only Jack to record points in the third period, with six.

A valiant effort was put forth in the final quarter to secure a comeback. Hamburg led by just three with a few seconds remaining, but a buzzer three was no good. Warren fell by the final of 42-40.

Although Warren came up short, Keller Bigham recorded her sixteenth game of the season scoring double digits. She had a superb night, knocking in 25 points, including two big threes in the fourth that helped work Warren back into the game. Bigham was perfect from the line as well, going seven for seven.

The Lady Jacks are in the midst of a tough portion of the schedule due to a few rescheduled games from COVID postponements a few weeks ago. They hit the road again Wednesday, February 2 to take on Watson Chapel.

Top photo: Tessa Andrus(10) goes up for a tough shot in the paint against Hamburg.