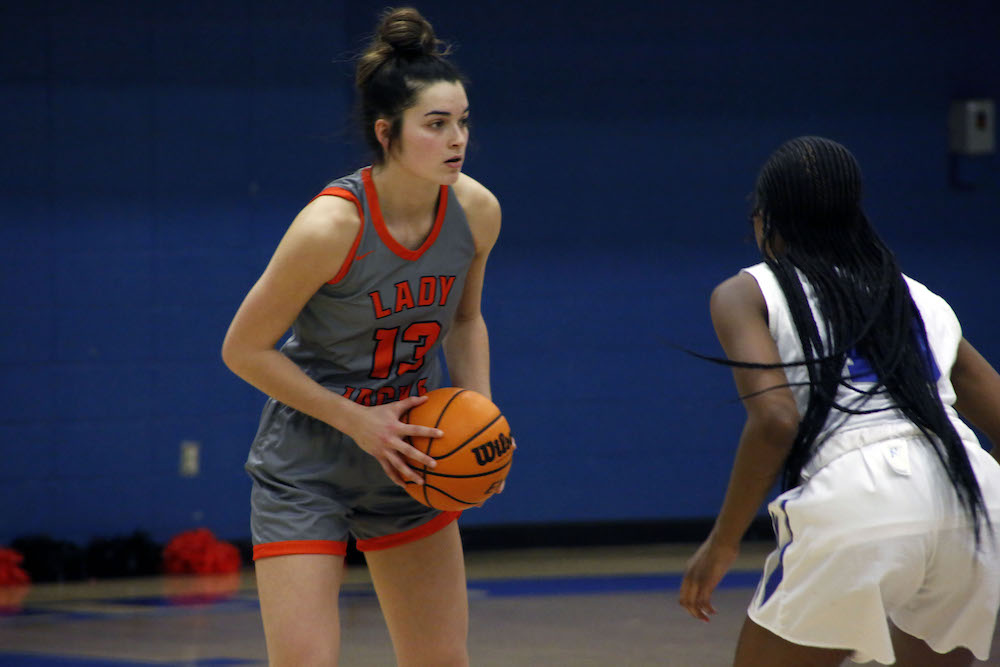 MONTICELLO, Ark. – In their final road game of the 2021/2022 campaign, the Warren Lady Jack basketball team put on a clinic in attacking play, besting the Monticello Lady Billies for the second time this year, Tuesday evening, February 15, 2022 by the final of 46-29 at Monticello.

A fast start propelled the orange and black to a 9-2 first quarter lead over their opponents from across the Saline. Point guard Tyairean Bass was a force to be reckoned with early on as she picked up a couple of buckets. It was a mere foreshadowing of what was to come from Bass later on.

Warren added fourteen points in the second quarter, and after a continued second half offensive display, Warren dealt Monticello their second loss to the Lady Jacks in a month.

Senior Lady Jack Keller Bigham led the Jacks with 18 points on the night. She went four for four from the free-throw line and hit two threes. For the twenty-third time this season Bigham went into double digits on the scoresheet.

Tyairean Bass put in another stellar performance for Warren. She posted 16 points, hitting eight buckets from the field.

Mahiya Payne and (number 11-not on our roster) scored a bucket each.

Natasha Nuñez scored one, going one for two from the line.

The win takes Warren’s 8-4A record to 5-8. The Lady Jacks are now 10-14 overall with one regular season game to go. The Lady Jacks will host highly rated Conference leaders Magnolia Friday at 6:00 p.m.