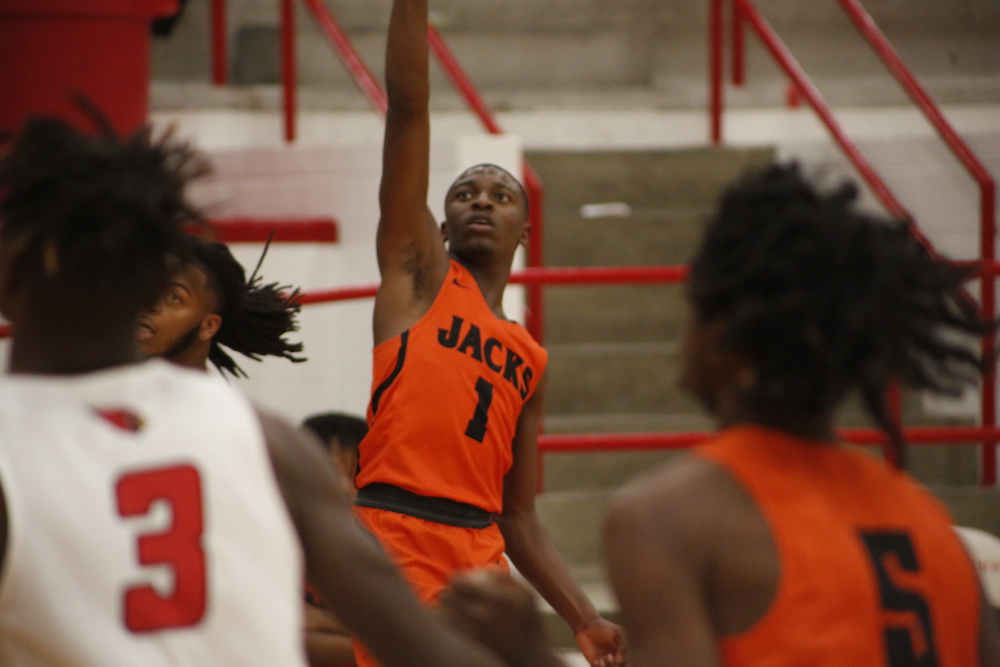 Magnolia, Arkansas – Conference leaders and undefeated Magnolia dealt Warren’s men a loss Wednesday evening, as the Lumberjacks fell to the Panthers by the final of 63-17 on the road at Magnolia.

Offensive struggles plagued the orange and black from start to finish. Only two Jacks, Isaac Richey and Jalen Lee posted points in the first half. In the second half, Marcus Green and Benjamin Escamilla added to the tally.

Jalen Lee led Warren on the scoresheet with seven points.

Depending on the weather, the Lumberjacks are scheduled to host Star City Friday, February 4 following the Lady Jack game at 6:00 p.m.