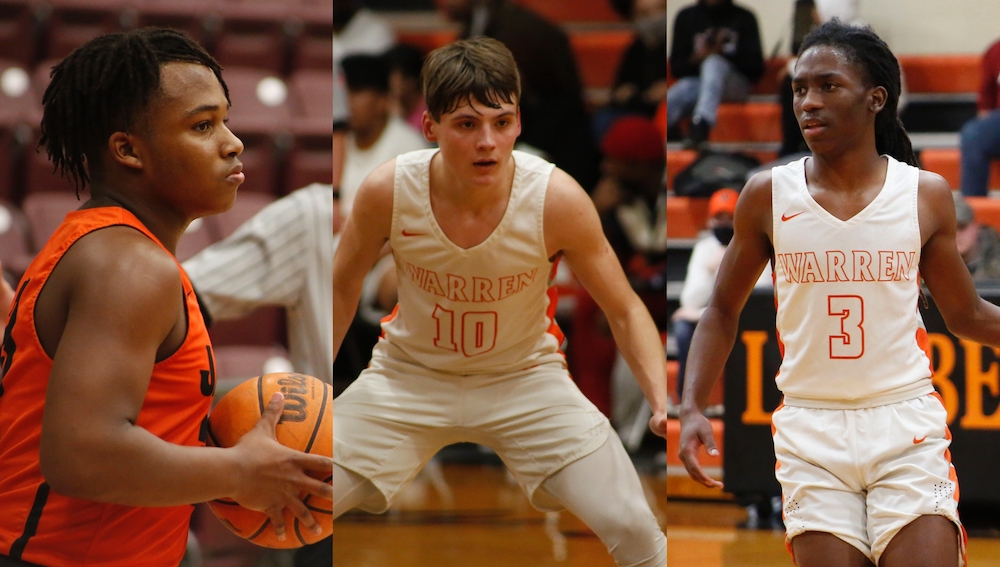 WARREN, Ark. – The 2021/2022 Warren Lumberjack basketball season is complete, as the Jacks finished regular season play Friday evening, February 18, finishing 4-17 overall with a 3-11 Conference record in the 8-4A.

Things got off to a rocky start November 12, 2021 when the season began with the Lumberjacks hosting Pine Bluff. The Zebras went back north with a 64-19 win over Warren.

Things didn’t get any easier, as the orange and black hit the road for game two. They fell to Mayflower 70-40.

With three future starters still out due to football obligations, Warren was left a bit shorthanded early in the season. However, the team which was put on the floor by Head Coach Joseph Anders in the first game of the Fordyce Tournament got the job done. They took down former conference foe Dollarway by the final of 44-25 to move into the semi-finals.

The Jacks featured against Lakeside in between the Dollarway game and semifinals, losing to the Beavers 58-33 at home in Warren.

Fordyce’s Tournament semifinal matchup between Warren and Arkadelphia didn’t break the Jacks’ way. Warren’s tournament hopes came to an end with a 72-37 loss to the Badgers.

That loss was followed by three more in a row. The Jacks would drop a game at McGehee 47-37, then a loss at Pine Bluff 56-24, followed by a loss in Warren’s 8-4A Conference opener to Camden Fairview 66-35.

Hope returned that the Jacks would get their feet under them and find a run of form after a trip to Hamburg ended in a high scoring 75-67 win for Warren.

Star City stood in the way however, beating Warren 62-41 at Star City in the following game.

Watson Chapel dealt Warren a big blow on the road with a 71-17 loss in the next game.

Warren then traveled to Crossett and pulled off a tight 58-56 win on the road, perhaps one of the more impressive of the year.

The Jacks then hosted Monticello, looking to pick up back-to-back wins. The Billies however pulled away late, beating Warren 52-26.

Another road trip at Camden Fairview ended in a 63-26 loss.

Then the Jacks picked up another win over Hamburg, this time at home in Warren 54-30.

A trip to league leaders Magnolia handed Warren a tough 63-17 loss to the Panthers a few days later.

Warren’s final win of the season came at home against Star City. The Lumberjacks defeated the Bulldogs by three 47-44.

Four losses rounded out the season. The Jacks fell to Crossett at home 50-46 in a game Warren will want back. Other losses came at the hands of Watson Chapel, Monticello, and Magnolia to end the regular season play.

Junior guard Malik Day arrived late on the scene, featuring in 16 game for Warren after football season. He averaged 6.81 points-per-game and scored 109 on the year.

Jordyn Ingram averaged 4.33 points-per-game and totaled 91 points through the season.

Another Lumberjack football standout that was forced to wait till the fall sports season had come to a close was Jalin Lee. The junior scored 87 points and averaged 5.43 points-per-game in his 16 appearances.

Matt Powell scored 36 for the year.

Antonio(AJ) Jordan appeared only once for Warren’s senior team in the final game of the season against Magnolia. The freshman posted 21 points in that single game. He’s one to watch in the next three years.

Amario Blueford scored nine for Warren on the season.

LaJerrin Jones posted five, Marterrious Kinney three, and Neondre Thomas one. Thomas is also a freshman and only appeared in the final game of the season after a successful stent with the Jr. Jacks. He could also make an immediate impact in 2022/2023.