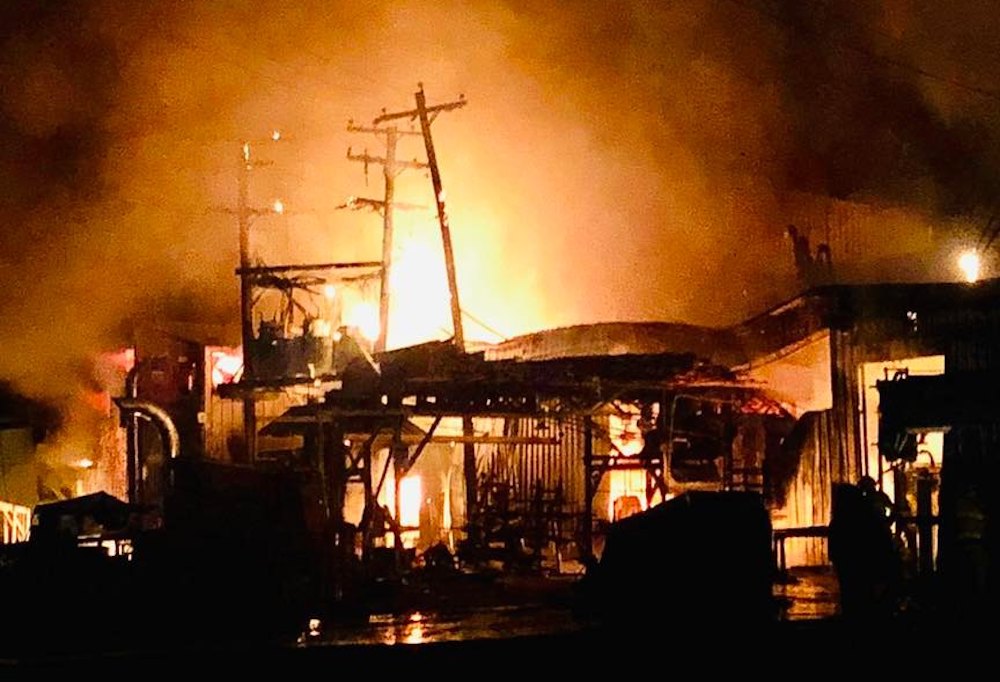 CARTHAGE, Ark. – Emergency crews in Dallas County responded to a report of an explosion and subsequent fire at a commercial structure in Carthage, Arkansas around 9:00 p.m. Sunday evening, February 20, 2022.

The fire reportedly broke out at Idaho Timber, a major employer in the Carthage community. The “first arriving units quickly requested additional support from surrounding departments in neighboring counties,” said ProMed Ambulance in a Facebook statement.

Residents were asked to avoid the area as firefighters worked the blaze. The location of the fire was northeast of the center of Carthage.

In addition to local firefighters in Carthage, multiple volunteer fire departments came to aid in the effort to stop the fire. The Dallas County Office of Emergency Management reported that the Tulip-Princeton VFD, Cooter Neck VFD, Leola VFD, Fordyce VFD, and Calvert VFD all responded. Also on the scene were emergency personnel from the Arkansas State Police, the Arkansas Highway Police, ProMed Ambulance, Dallas County SO, and Dallas County OEM.

One injury was reported as of Monday afternoon. Dallas County Sheriff Stan McGahee announced that one fireman was injured with a cut to his right hand, but that the injuries were not life threatening.