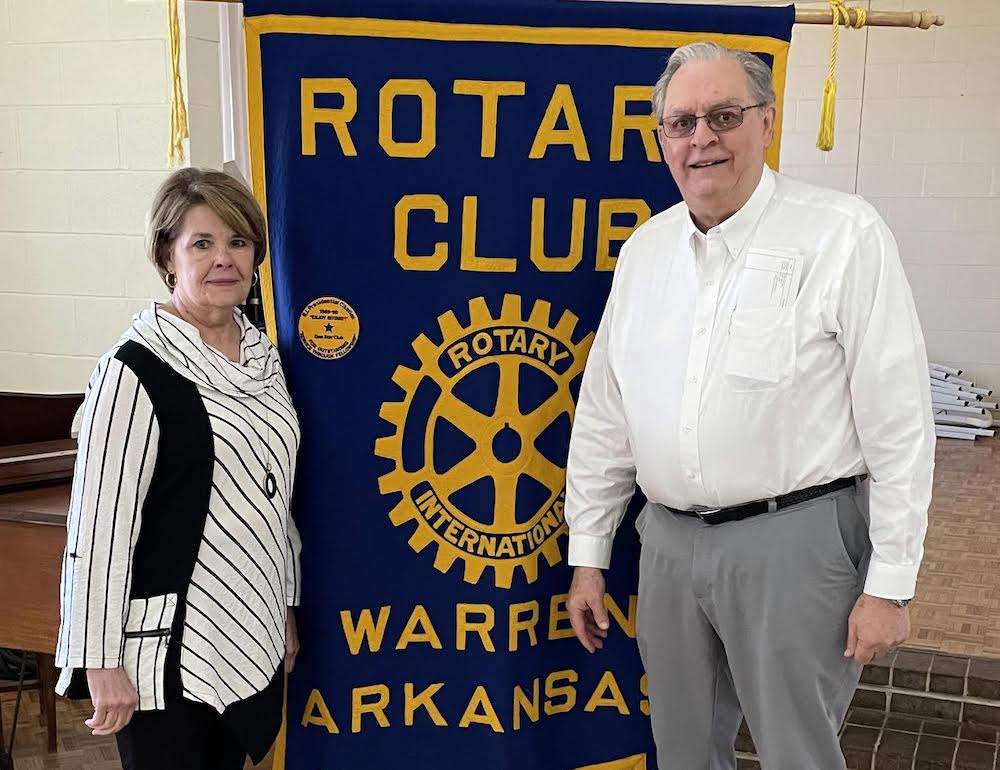 The Rotary Club of Warren met for their regular meeting Tuesday, Feb. 15 at First United Methodist Church with Rotarian Dr. Bob Smalling presenting his program of fellow Rotarian and Warren Mayor Denisa Pennington. Mayor Pennington gave her “State of the City” address to the crowd and touched on a number of subjects that the city had to work through in 2021. She mentioned the challenges of the winter weather last February that basically shut the town down for almost a week and also spoke about the need to purchase new cars for the police department and the headway they’ve made on that. The mayor continued with mentioning some of the new businesses that had opened up in Warren including Warehouse B., Hearth and Meadow Realty, and Harold’s Processing, among others. She also spoke about the success of the Market on Main that happened on one Saturday out of each of the spring, summer, and a couple of fall months and talked about how they hadn’t really planned to do as many as they did, but the vendors kept wanting to do one each month and it was extremely successful each time they did it. Plans for the upcoming Market on Main during 2022 are about to be underway. Mayor Pennington closed by stressing the importance of shopping local and mentioned how much sales tax revenue for the city has increased in each year since 2018. She attributes some of this to people not wanting to travel out of down due to COVID-19 and also because the city gets sales tax money from online sales now, such as purchases made by residents on Amazon. She urged more citizens to get involved in city government.

Additionally, the Rotary Club of Warren has restarted the Junior Rotarian program. Ericca Corker and Alan McGhee represented Hermitage High School and spoke to the club last week about their accomplishments and current endeavors. Six Junior Rotarians made their first appearance at today’s Rotary Club meeting including Bailey Solis, Luci Woodard, Leah Wolfe, Jayden Grider, Annie Figueroa, and Ashlyn Broughton. Broughton, Figueroa, and Grider presented to the club today, while the other three will talk at the next meeting.

The Rotary Club also purchased a number of items over the weekend to fulfill their grant for the 2021-22 Rotary Year that will be placed inside the Blessing Box at the Warren Branch Library. This was the second time the club did that after purchasing items before Christmas.