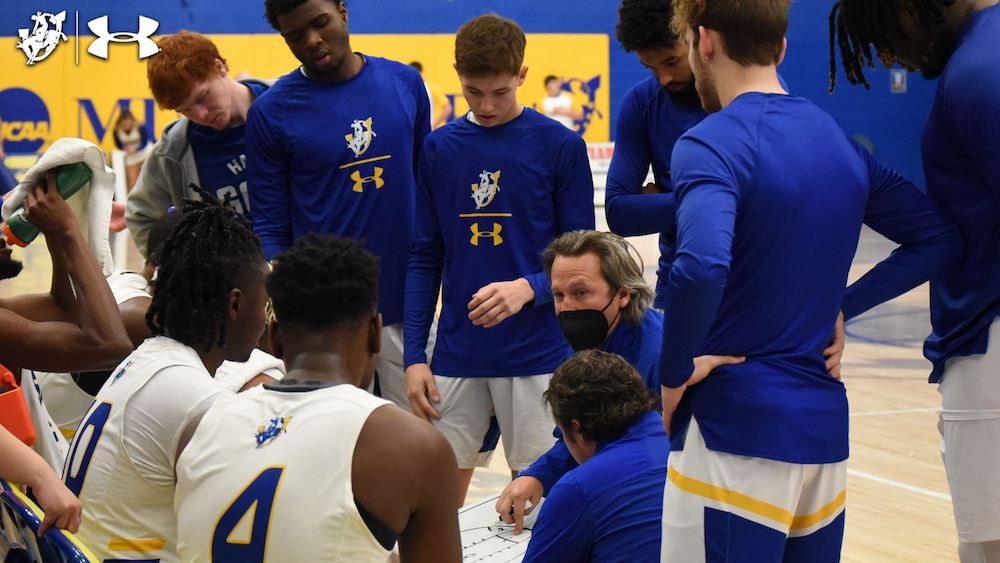 SHAWNEE, Okla. – Senior forward Devante Brooks recorded his 17th double double of the season with 25 points and 13 rebounds, junior combo Jalen Brooks followed with 15 points and 18 rebounds and two other Muleriders scored in double figures on Saturday afternoon, but Southern Arkansas came up just short on the road at Oklahoma Baptist as the Bison bested the visitors 76-72 in Great American Conference action to snap SAU’s five-game winning streak. Back and forth action dictated the contest early on as the league affair produced a dozen lead changes and seven tied scores.

The Muleriders trailed 44-39 at the intermission, but outscored the host 33-32 in the final twenty minutes of play. Oklahoma Baptist led by as much as nine with under ten minutes and owned a 63-54 advantage at the 7:33 mark of the second half and a 68-60 lead with 5:11 remaining. Junior guard Blake Rogers connected on a triple try to pull SAU to within five at 68-63 with under-five to play and D. Brooks followed with a transition basket to cut the OBU lead to a bucket.

A steal by Aaron Lucas at the 4:10 mark led to a consecutive transition basket by D. Brooks and brought SAU to within 68-67 of OBU. Just over a half minute later, J. Brooks cleaned up an offensive miss, one of his 13 offensive rebounds in the game, to push the Muleriders on top at 69-68. Free throw makes less than ten seconds later would give the Bison the lead again and they would not surrender it down the stretch.

The Muleriders return to action on Thursday, February 24 for the final weekend of the regular season. SAU travels to Arkadelphia for a 7:30 p.m. tip-off against Ouachita from inside Bill Vining Arena. Live coverage links are available at www.MuleriderAthletics.com.