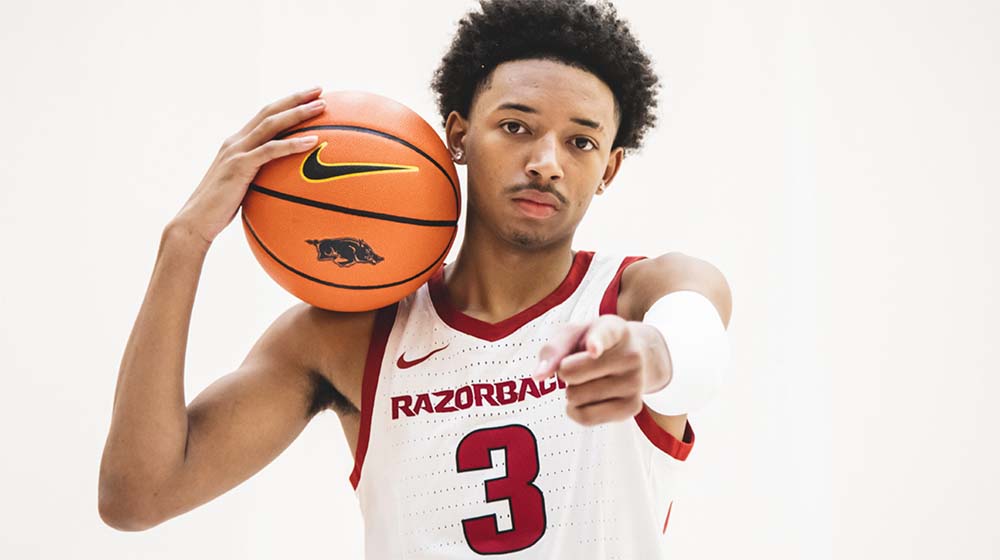 Smith has led North Little Rock HS to a 21-3, a #8 national ranking by MaxPreps and #14 national ranking by ESPN.com. The Charging Wildcats are coming off a 77-45 win at Fort Smith Northside, thanks to a game-high 17 points from Smith, and have three regular-season games remaining, including a home game versus Bryant on Friday (Feb. 18). Smith is averaging over 25 points, eight rebounds and seven assists this season.

Smith recently moved to #4 on the Rivals.com Class of 2022 ranking and is now the website’s top-ranked point guard in the nation. Smith is tied for the highest-ranked Arkansas signee ever in the Rivals era, matching 2004 signee Al Jefferson (did not play at Arkansas as he was a first-round NBA draft pick out of high school). Smith is also the highest-ranked, in-state prospect during the Rivals era. (The previous best was Bentonville’s Malik Monk, who was No. 9 overall in 2016.)