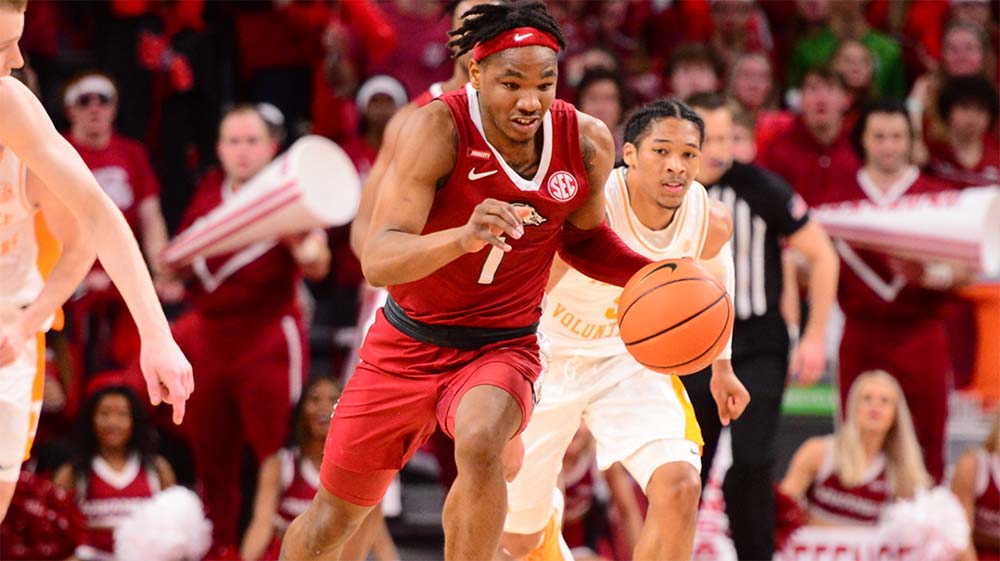 FAYETTEVILLE – Jaylin Williams recorded his fourth-straight, double-double – including a career-high 16 rebounds – and the Razorbacks were 6-of-6 at the foul line inside the final minute to lead #23/24 Arkansas to a 58-48 victory over #16/13 Tennessee Saturday afternoon at Bu Walton Arena.

In a game that featured 12 lead changes, Arkansas took a 43-41 lead with 8:05 after a Davonte Davis 3-pointer and never surrendered the lead the rest of the game.

Williams had 16 rebounds which is the second-best total by a Razorback in a league game and ties for fourth by a Hog in SEC games as three players had 17. He added 13 points. JD Notae also had 13 to tie for the team lead in scoring. Au’Diese Toney grabbed 10 boards, tying his SEC season-high set in the win over Auburn.

Tennessee was led by Zakai Zeigler with 12 points off the bench while Chandler added 11 points. Santiago Vescovi contributed 11 rebounds.

Arkansas hits the road to play at Florida on Tuesday (Feb. 22). Game time is set for 6:00 pm (CT) and the game will be televised on ESPN2.