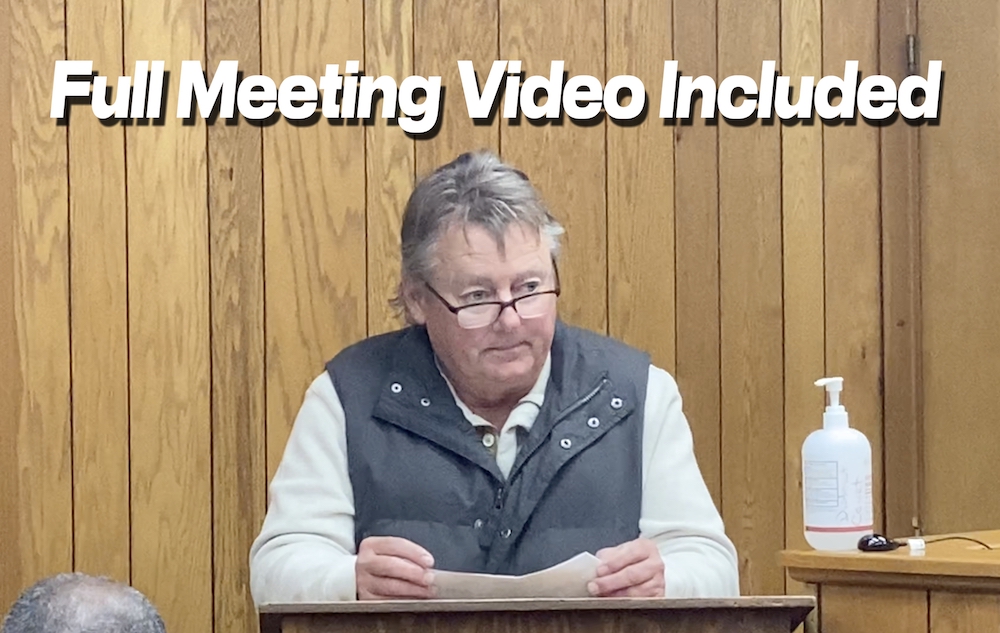 Sanitation Manager Rob Johnson informed the Council that due to a large piece of equipment breaking down, the Sanitation Department has been forced to carry waste to El Dorado. Johnson told the Council that transportation of waste to the El Dorado facility was likely to continue at least a week, perhaps even two weeks. The piece of equipment which needs repair is the City’s compactor, which is a 2004 model. According to Johnson most compactors are only expected to last around ten years.

One garbage truck is also currently down. Johnson says that the Sanitation Department is having trouble finding a mechanic in the area that can complete the repairs, and that although there are three in Little Rock capable, he doesn’t know if repairing the truck “is the right avenue” due to how expensive the repair costs are likely to be. A new truck is expected to cost around $249,000. Johnson told the Council that “if we want trash picked up, it’s very essential,” to have the truck on the job.

Looking at the Sanitation Department’s needs as a whole, Johnson was asked by Alderman Zack Burks what exactly was needed. He responded, “bottom line, to stay in the trash business in the City of Warren, in the next year and a half to two years,” the City will need to spend around $650,000. That includes two new trucks which will need to be purchased during that time, as well as the repairs to the compactor.

Burks replied, “I think we should look at avenues to try to get it for them.”

Johnson says that repairs to the current trucks will cost $18,000 to $20,000. “I just don’t believe the money would be well spent,” on repairs said Johnson.

Johnson also told the Council that private companies have approached him about taking over Warren’s trash pickup operation, although that does have some drawbacks.

Council members also heard from Johnson in regards to the issues surrounding litter and unsightliness in areas throughout the community. Johnson stressed that something must be done, and that he was open to hearing any ideas brought forward on how to solve the issue. There was some discussion as to possibly adjusting certain ordinances to curb the issue through enforcement.

Street Foreman Monty Hearnsberger also spoke about the same issue. He said his crew was actively fighting the trash problem in town. “You clean up one street, you turn around and go back, and you have to clean it up again,” said Hearnesberger. “I don’t know what the answer is, but we’ve got to have an answer to it, period,” he said.

The Council also approved by a vote of 4-2 to continue a lease for the Bradley County Chamber of Commerce to allow the organization office space in the Municipal building. The two descent votes were from Alderman Joel Tolefree and Alderman Burks.

A mowing bid was accepted for Yepes Sylviculture to mow a number of City properties during 2022.

The Council also heard from Auddy Doss of EFS GeoTechnologies about ward redistricting. Doss’s firm presented the Council with three separate options on how to create new City Ward boundaries that accurately represent a balanced population according to the latest figures. The wards are set to have around 1,800 people per ward, but multiple options are available on how to set the new boundaries. Doss told the Council that the State recommends no ward be off balance from others by more than five to ten percent. The Council decided to table the issue and call a special meeting to discuss the options prior to the March 2022 regular meeting.

In other business, Police Chief Shaun Hildreth announced that the Warren Police Department is now at full staff. Two patrolman still have six weeks left at the academy, but when they return the Department will be fully staffed by all certified officers.

Chief Hildreth did say that one police car needed some cosmetic work after being damaged during the recent bout of winter weather. One new police car has been ordered, but no timeline is set for when it will arrive.

Fire Chief Chuck Moore addressed the Council for the first time since he officially took the helm at Warren’s Fire Department. He told the Council the Fire Department responded to 20 calls in January. The Department is also completing the setup of a new e-dispatch system to alert firemen by phone as well during emergencies. That system is 90 percent operational at this time.

Near the end of the meeting, the Council took up the issue of a Sanitation salary increase request, approved a resolution amending the budget for 2021, as well as heard from Parks and Recreation Commission Director Kyle Wagnon about the start of the baseball and softball season which begin Monday at the City Complex. Rob Reep’s appointment to the City’s Aviation Commission was also approved.