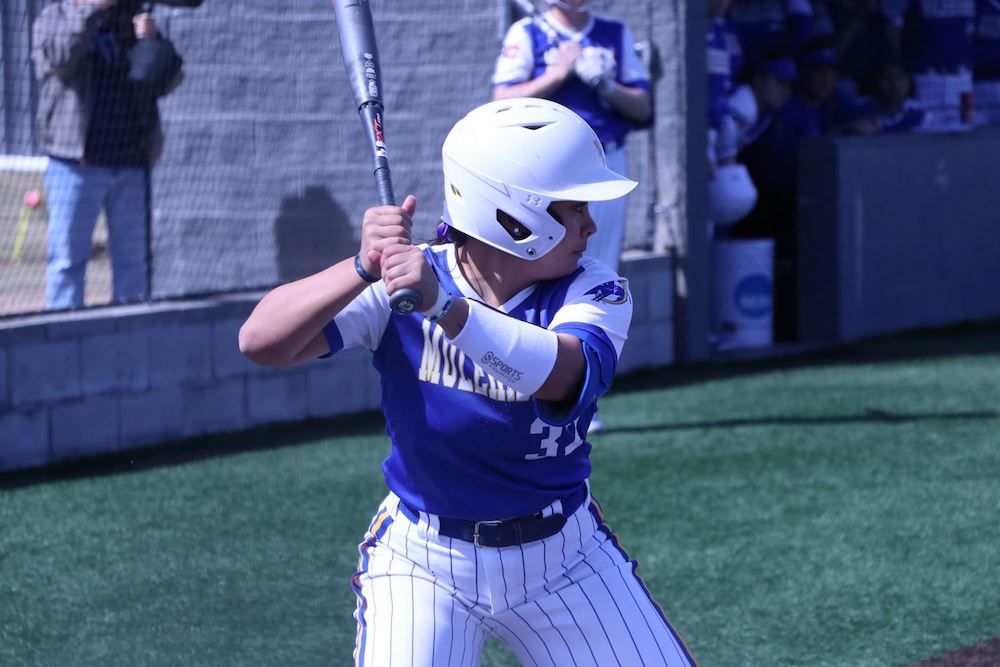 PARIS, Texas – Two runs was all the Southern Arkansas University softball team needed on Monday afternoon as they took down Southwestern Oklahoma State University 2-1 to complete the three game sweep over the Bulldogs. The Muleriders have now won six straight as they move to (10-8, 3-0 GAC).

Quiet through the first 2.5 innings of play, SAU got on the board first in the bottom of the third inning as Sarah Evans plated her first of two RBI on the day as she hit a single into left field that scored Jade Miller.

SWOSU was able to push one run across in the top of the fifth inning on a Jordan Wadley homerun to right field that tied the game at 1-1. After leading off with a double off of the center field wall, Jade Miller would come around to score once again thanks to the bat of Evans, as she hit a sac fly into deep right field that plated Miller to give the Muleriders a 2-1 lead.

The Bulldogs threatened in the top of the seventh inning as Dani Carmo led the inning off with a double, but Kiana Pogroszewski was able to minimize the damage and get the final three outs on a strikeout, groundout and a fly out.

Jade Miller and Madison Miller led SAU with two hits apiece, while Alese Casper and Evans collected one hit apiece. Evans had both RBI for SAU while Jade Miller scored both runs.

SAU will be back in action next weekend as they are set to take on Arkansas-Tech in Russellville. The Muleriders will play a single game on Friday at 5:00 p.m. followed by a double-header on Saturday that starts at 1:00 p.m.