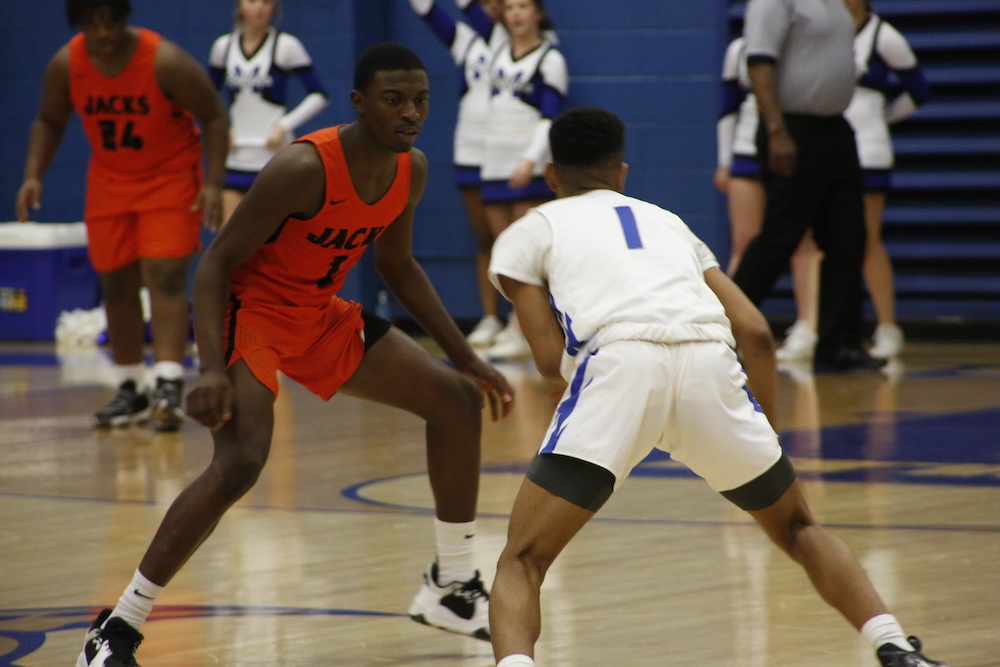 MONTICELLO, Ark. – A close game Tuesday night, February 15, 2022 finished with the Monticello Billies defeating the Warren Lumberjacks by the final of 40-37 at Monticello.

Day’s continued improved play was rewarded with a two-point basket and a three in the second. However Warren trailed at the midway break 22-17.

The Jacks would knock on the door of overtaking Monticello several times in the third and fourth quarters. Though Monticello would hang on to defeat the Jacks by the final of 40-37.

Malik Day continued his excellent run of form. The Warren standout scored 14 points against the Billies and led Warren on the scoresheet.

Jalin Lee followed Day with nine points on the night. Lee went one of two from the line, but knocked down four shots from the field.

Isaac Richey’s scoresheet was hot on the trail of Lee. The senior SouthArk Stars commit scored eight on the night.

Jayden Ridgell posted three for Warren. He hit a trey in the third.

Marcus Greene score one, hitting a free-throw in the third.

Warren falls to 3-10 in the 8-4A and 4-16 overall. They will finish their regular season Friday hosting undefeated Conference leaders Magnolia. That game will start immediately following the women’s game which begins at 6:00 p.m.