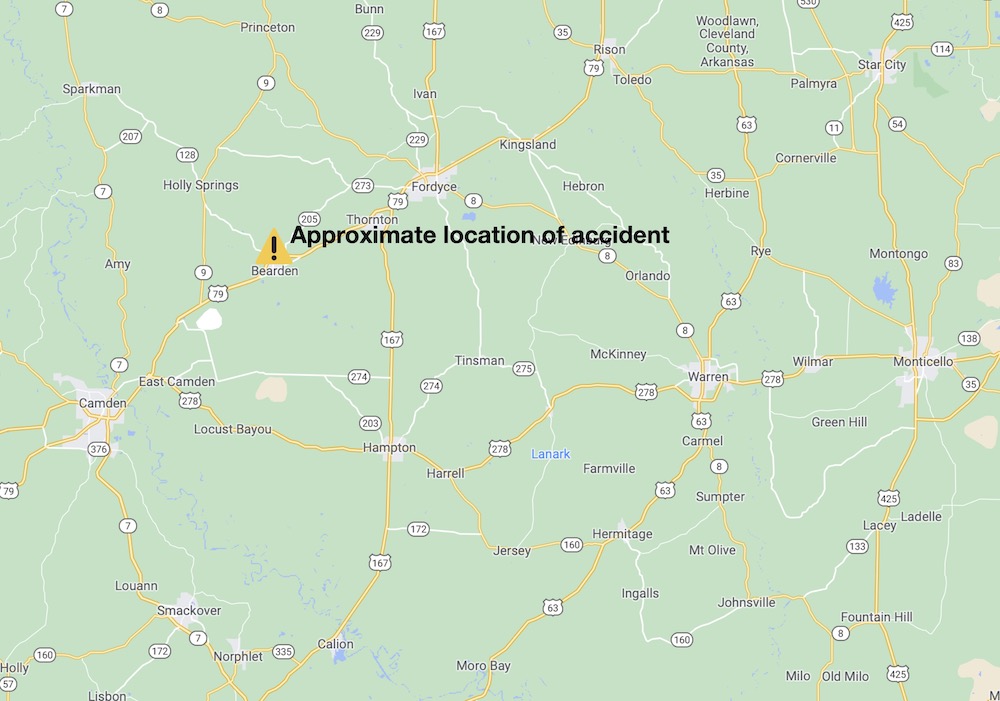 BEARDEN, Ark. – A 67-year old woman was killed in a two-vehicle accident at the intersection of U.S. Highway 79 and Ouachita 203 in Bearden Thursday morning, February 10, 2022.

According to the Arkansas State Police, 67-year old Sharon Garlington of Bearden, was driving a 2019 Nissan east on Ouachita 203 when she entered U.S. Highway 79 at 9:13 a.m., failing to yield to the right of way as she entered the northbound lane of U.S. Highway 79.

As the Nissan entered the Highway, it was struck on the drivers side by a 2018 Kia traveling northbound on Highway 79. After impact both vehicles left the roadway.

Garlington was killed in the accident.

The driver of the Kia, 28-year old Constance Mancil was injured and taken to the Ouachita County Medical Center.

The weather was clear and the road was dry at the time of the accident.