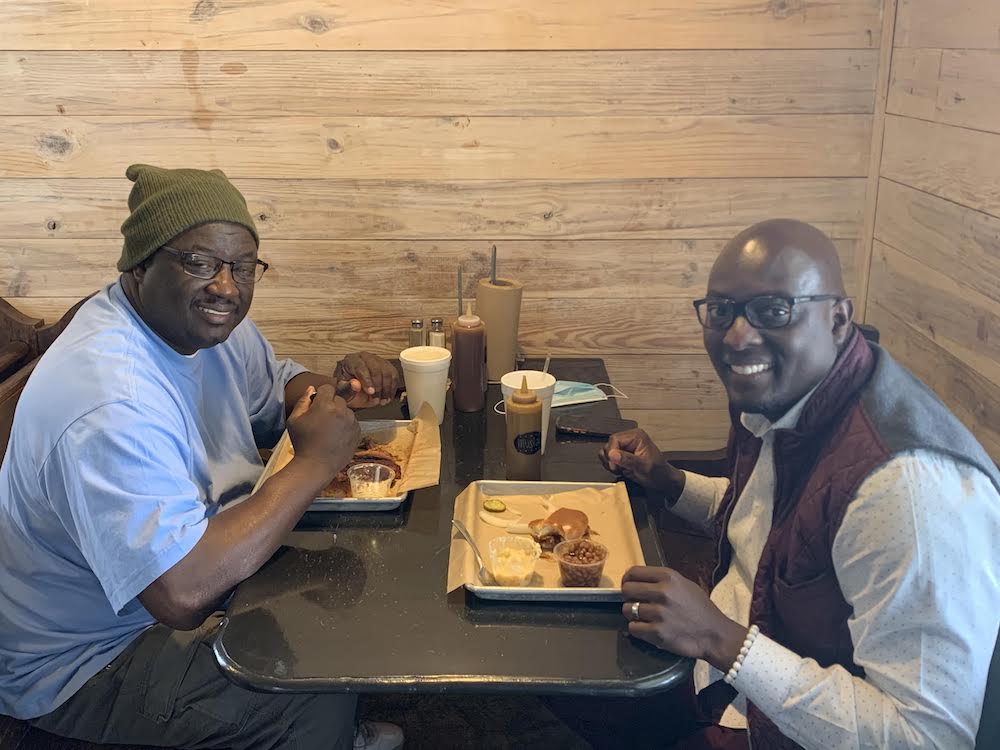 In a town famous for football, former standout athletes are seen around town from time to time. Just a week or so back, a 2004 Warren Lumberjack Hall of Fame inductee and current Assistant Head Coach at the University of Louisiana Monroe, Alonzo Hampton(right), was spotted having lunch at Warren’s Robertson Smokehouse with his brother Robert(left).

Hampton is not only the current ULM Assistant Head Coach, but he also coaches the safeties. Hampton is the former defensive backs coach at Arkansas-Pine Bluff, where he served from 2006 to 2010. In his last two seasons with the Golden Lions, Hampton was the defensive coordinator.

Hampton is a native of Warren and a Warren High School graduate. He played collegiate football at ULM and was a ULM team captain.