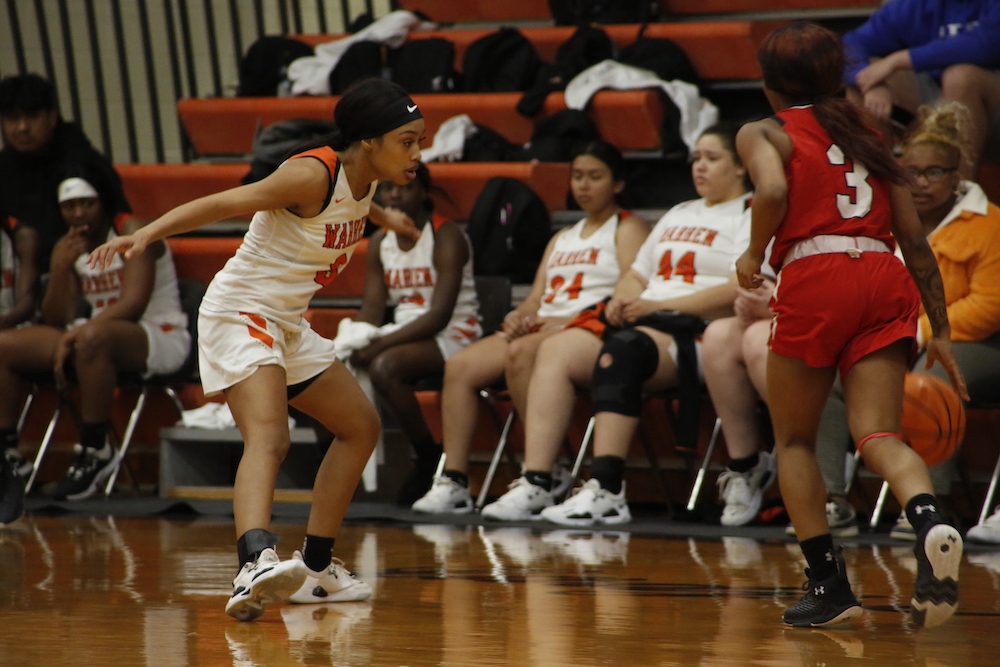 WARREN, Ark. – The Warren Lady Jacks closed the book on a hard fought season Friday evening, February 18, 2022 dropping their final game of the 2021/2022 season to 8-4A Conference Champions Magnolia by the final of 50-32 at home in Warren’s Seminary Street gym.

The opening quarter of play showed encouraging signs. Although the Lady Jacks fell behind early, they stayed close to the Lady Panthers. Guard Tyairean Bass, who really came on within the last two weeks, attacked the basket. The senior point guard scored six in the first. Magnolia led 10-6 at the quarter intermission.

The Panthers opened things up in the third. Warren struggled to get much going offensively, and Magnolia took advantage. They went on to win by the final of 50-32.

Keller Bigham once again led the Lady Jacks on the scoresheet. Friday night she put up 17 points, having hit one three and gone four of five from the free-throw line. The double digit contribution marked the senior’s twenty-fourth game in double figures. She finishes the season having scored double figures in a remarkable twenty-four out of twenty-five games. Bigham’s only game in single digits was a January 21 Warren win at home vs. Monticello in which she was able to be given rest minutes due to the lopsided scoreline in Warren’s favor.

One of Bigham’s senior classmates, Tyairean Bass scored nine points on the night.

Warren’s ladies finish with an 8-4A Conference record of 5-9. They complete the season with an overall record of 10-15.

Editor’s note: Final season stats will be posted in an article Monday, February 21, 2022.