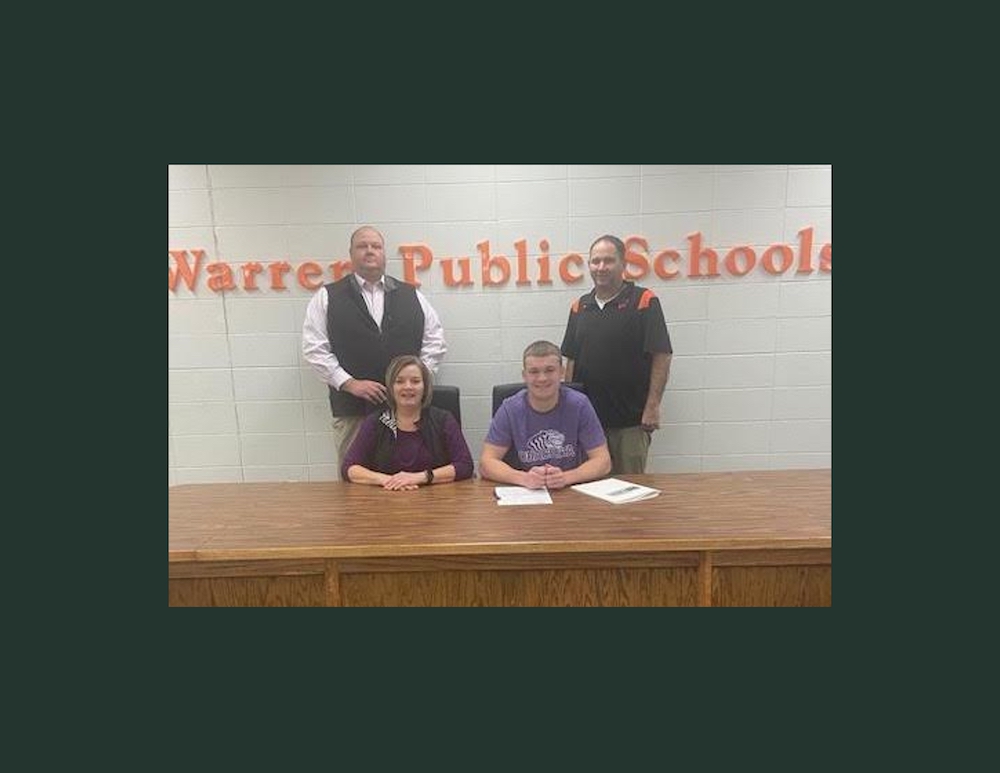 Warren, Arkansas – Warren senior Lumberjack quarterback Riley Cornish recently signed a National Letter of Intent to play football at Ouachita Baptist University. A multi-year starter at quarterback for Warren, Cornish signed to play for the OBU Tigers in a private ceremony this week. He was named the AHF Products Lumberjack Player of the Game for his performance this past season at Hamburg.