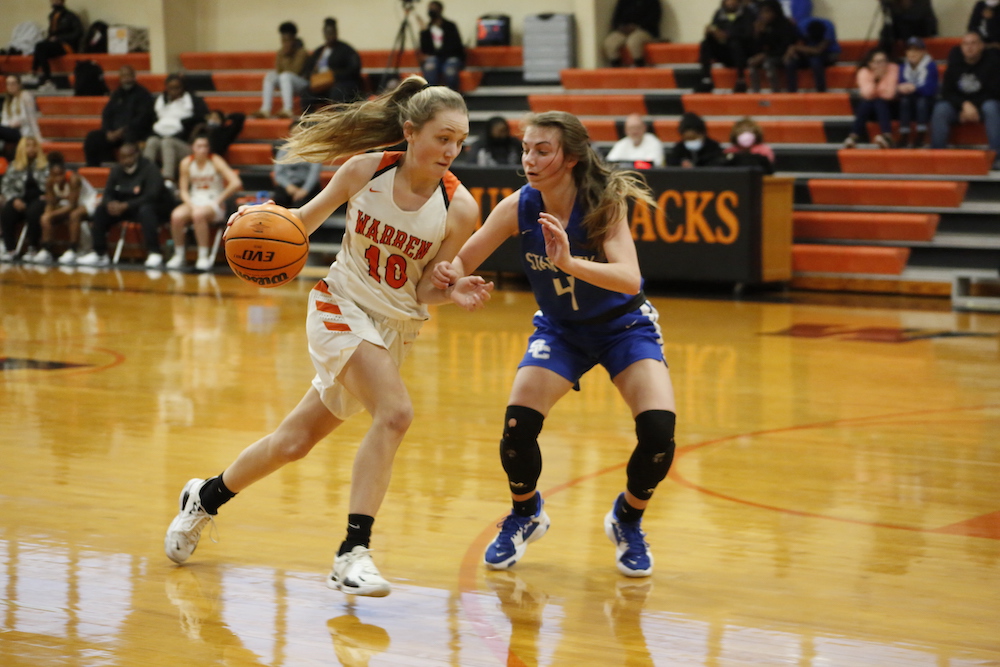 For Warren’s women, it was their fourth game in five days. The grueling schedule was forced due to rescheduled games from COVID postponements a few weeks back in January. Normally, Warren would face two games a week. Perhaps at most three in a singular week. This week however Warren has played four in five days with another set for Saturday on the road.

Warren’s shooting woes that crept up at Watson Chapel Wednesday seemed to carry over into Friday’s game against the Lady Bulldogs. Keller Bigham was the lone Jack with a point through three quarters. Star City took a 24-9 lead into the halftime break, and saw the game out through the third and fourth with continued solid defensive play.

Warren point guard Tyairean Bass recorded a basket and a couple of free-throws in the fourth, but Star City walked away with the 49-17 win.

A bright spot was Keller Bigham’s continued run of form. The senior went into double digits for the eighteenth game of the season. Warren has played nineteen games. She scored 13 against Star City and went five of seven from the free-throw line.

Tyairean Bass recorded four points on the night. She had a layup and went two for two from the line.

The Lady Jacks now have an overall record of 6-13. They are 1-7 in conference play. This long week finishes up Saturday as they hit the road to face the Crossett Lady Eagles at 2:00 p.m.

Top photo: Tessa Andrus(10) drives inside during a Warren possession in the opening half against Star City.