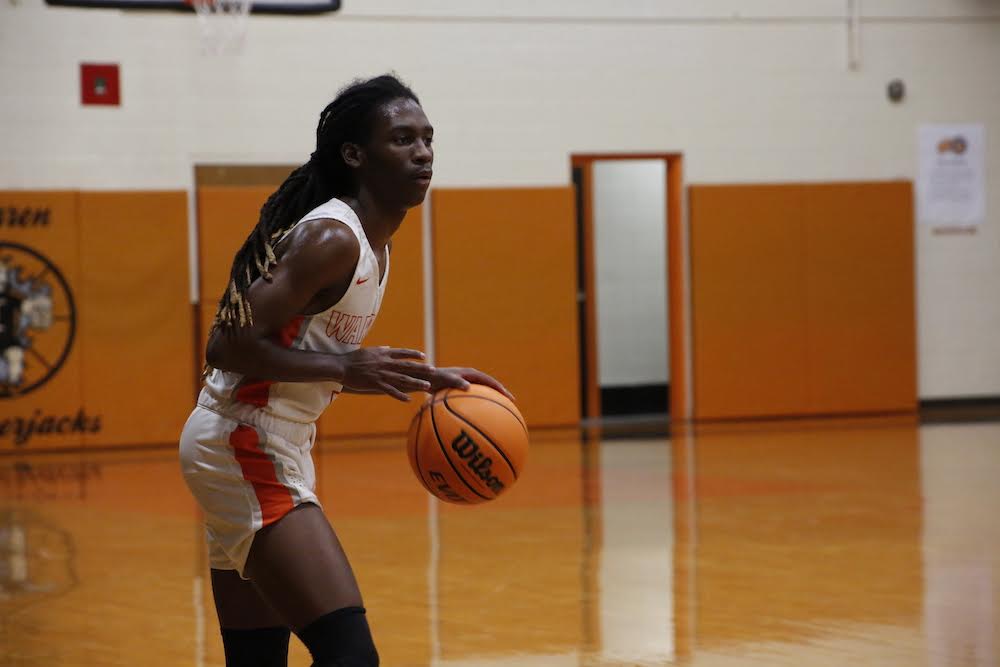 The Wildcats, who occupy second place currently in the 8-4A, just behind undefeated Magnolia, jumped out to an early 24-8 lead in the first quarter. They would not look back, as Warren struggled to muster much offensively, particularly in the second half.

Malik Day led the Jacks on the night with five points.

Three Lumberjacks scored four a piece. Isaac Richey recorded four in the first half, as did Jordyn Ingram. Jalin Lee picked up four in the third quarter.

Marcus Greene hit a bucket in the second quarter and went one for two from the line, scoring three points.

LaJerron Jones returned to score a bucket as well.

The loss brings Warren’s 8-4A record to 3-9 on the year. The Jacks are 4-15 overall. The men of the orange and black have two regular season games remaining. They will travel to Monticello February 15 for a game against the Billies. Then February 18 they play host to Magnolia. Both games follow the senior Lady Jacks vs. the same opponents.

Top photo: Malik Day(3) sets up the Warren offense earlier this season. Photo is not from Friday’s game vs. Watson Chapel.