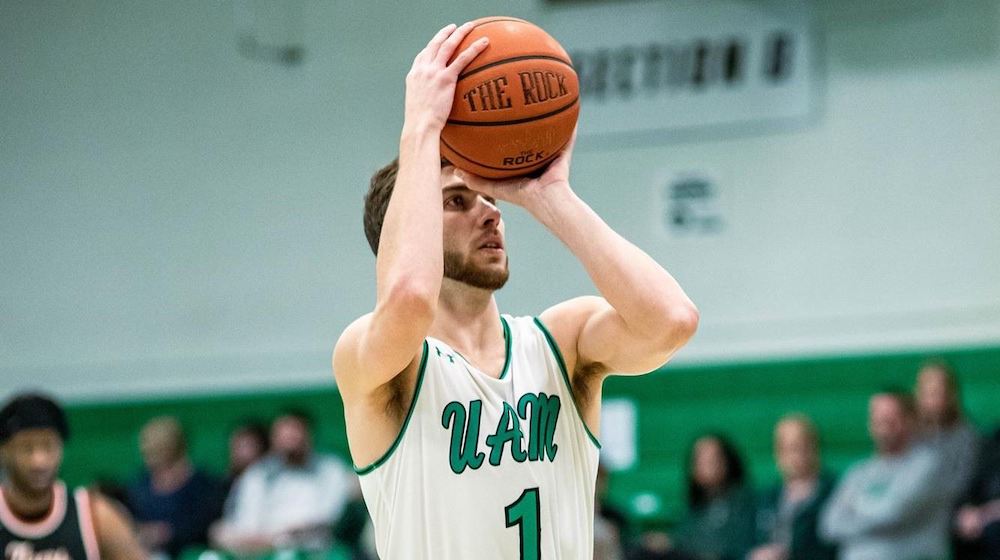 MONTICELLO, Ark. – The University of Arkansas at Monticello Men’s basketball team came up on the wrong end of a 71-55 decision as they traveled for Monday’s make-up, Great American Conference match at Southern Arkansas University.

UAM (10-13) had two players score in double figures. The Weevils made too many mental mistakes and could not capitalized on shots taken.

Feagin totaled 16 points and has now scored in double figures in 14 games, five of which he scored over 20 for the Weevils this season.

Booker tallied 15 points as well and has reached 10-plus points in 5 different outings this season.

The Muleriders were the first to score, but UAM was quick to tie the game back up thanks to a three-pointer from Wesley Booker. Though UAM was the first to score, the lead would quickly change multiple times between the two teams for a majority of the half. The Weevils were able to put up 31 points throughout the entirety, trailing SAU 33-31 as the two teams would head into the locker room.

The second half proved to go Southern Arkansas’s way as UAM and SAU continued their conference match for the remainder of the game. UAM would put up 24 points compared to the Muleriders’ 38 points. Through best efforts the Weevils were unable to take back lead from SAU. UAM finished out the match with a final score of 71-55.

UAM will be back in action Thursday, February, 17th for a 3:00 p.m. contest as they travel to Shawnee, Oklahoma to take on Oklahoma Baptist University.