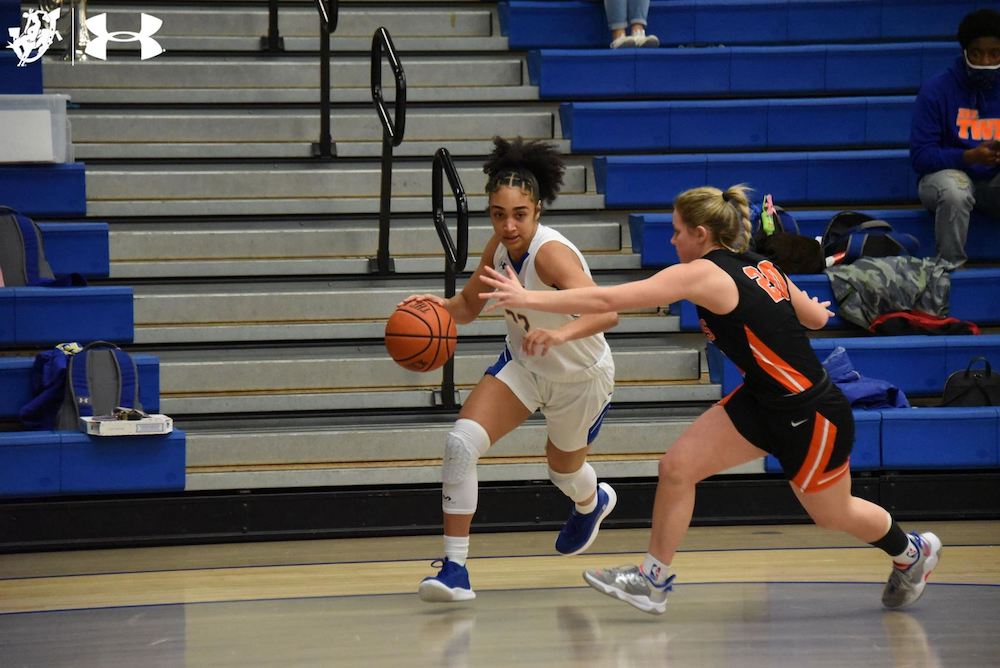 SHAWNEE, Okla. – Playing in their final out of state game of the season, the Southern Arkansas University women’s basketball team fought hard for 40 minutes, but ultimately fell short 62-61 at the buzzer as Oklahoma Baptist made a layup with .03. SAU now moves to 11-14 (6-13 GAC) with three games remaining.

OBU would score the first points of the game on a Jill Leslie jumper in the paint (8:19), but Jessica Jones would quickly answer as she fired a three ball on the following possession to put SAU up 3-2, which would be the first of eight lead changes in the ball game. The two teams would continue to trade buckets throughout the quarter with SAU tying the game twice at 12-12 and 14-14. OBU was able to hit a three with .46 second left in the first half to take the 17-14 advantage. Both teams would have their lowest point totals come in the second quarter as the Muleriders only posted eight points while the Bison totaled 12 to take the 29-22 lead at the break.

OBU came out strong to start the second half and went up by as many points as 13 at 38-25 (6:20), but the Muleriders would not let them pull too far ahead as they were able to cut the deficit to three points twice in the third quarter. Diamond Morris was able to convert a layup in the paint with three seconds left in the quarter to cut the Bison lead to four at 46-42.

The Muleriders were led by Young with 19 points and Morris with 13 points. Lillie Moore, Young and Morris all collected four boards a piece for SAU. Jones posted nine points on three made three pointers for the Muleriders. Arianna Guinn led SAU with three assists while Morris led the team with two blocks.

Southern Arkansas will close out its season next week as they are set to play three games, all in Arkansas. The Muleriders will head to Arkansas-Monticello on Monday for a 7:30 p.m. tip-off, followed by a Thursday night game at Ouachita Baptist and then the season finale on Saturday against Arkansas Tech.