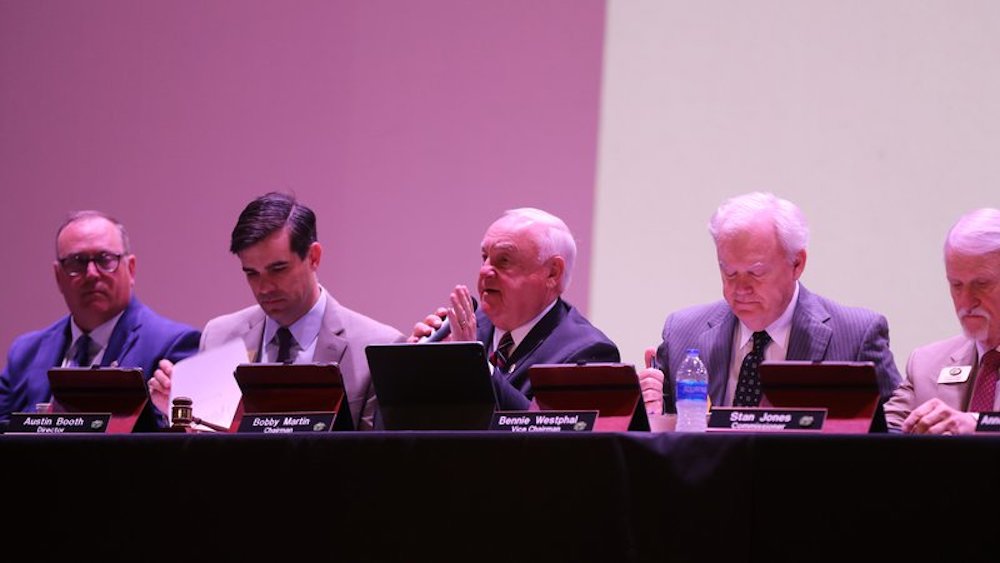 Thompson recognized AGFC private lands biologist Clint Johnson as the Arkansas NWTF Wildlife Manager of the Year for his work in managing habitat for eastern wild turkey on private lands throughout the state. In addition to his work on the ground, Johnson has been heavily involved in landowner outreach, teaching landowners how to benefit from the effects of prescribed fire and getting them started in performing safe and beneficial prescribed fires on their own properties.

Thompson also recognized Wildlife Officer Aaron Dillard as the 2021 NWTF Wildlife Officer of the Year for Arkansas. Dillard works alongside AGFC K9 Molly in Ashley County and has worked for the AGFC for the last three years. During last year’s opening weekend, Dillard monitored up to 16 different illegal baiting sites to catch poachers in the act. In addition to his work in wildlife law enforcement, Officer Dillard was instrumental in the AGFC’s recruitment efforts, leading two separate mentored hunts for youths, including a hunt introducing many youngsters to their first-ever squirrel harvest.

At the conclusion of the meeting, commissioners opened the floor to questions from UAM students in attendance. Some discussions from this opportunity centered on programs to increase waterfowl habitat on agricultural land, ways to educate the general public on complex conservation issues and ways to manage for consumptive and nonconsumptive use of the same wildlife resources.

“I don’t think it’s a balance because that implies that they are contradictory, and they’re not …,” Booth said. “… We need to do a much better job building a much larger tent of who the Arkansas Game and Fish customer is … We manage 3.6 million acres in our state and we have some of the best opportunities for paddling, hiking, for recreational shooting, and we’re going to do a much better job in the future of enhancing those opportunities and how we communicate them to those nonconsumptive audiences.”

In other business, the Commission:

A video of the meeting is available at https://www.youtube.com/user/ArkansasGameandFish.