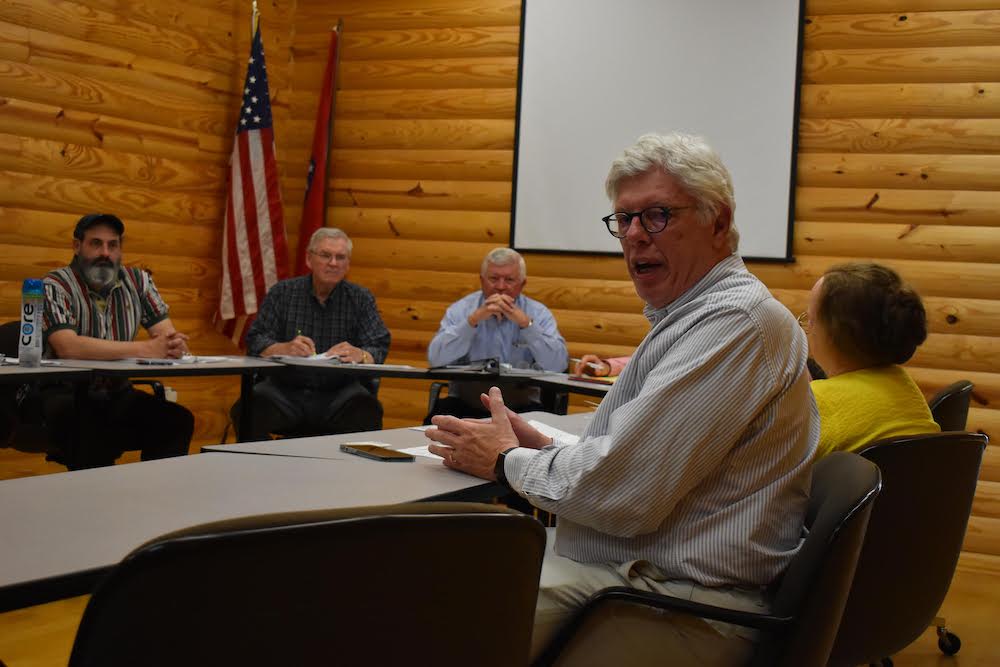 State Rep. Jeff Wardlaw, who is a BCEDC board member, was involved in negotiations along with Mayor Denisa Pennington and the BCEDC Executive Committee.

When the project first began, LaSalle was scheduled to construct and operate a jail that would house prisoners from Bradley and Drew counties, plus state and federal prisoners. BCEDC and the city of Warren agreed to a land swap of 20 acres in the Warren Industrial Park and 20 acres on the Griggs Property, with the prison/jail to be built on the Industrial Park site.

That site also held a large spec building. LaSalle decided that building was not needed for the jail, so it arranged to have it torn down and retained salvage rights to it.

However, LaSalle later said the jail project was economically unfeasible because of rising construction costs. There are indications that the jail might still be built, possibly in Drew County. It is unknown if Bradley County prisoners would still be involved in being housed should such a facility be built.

In the agreement approved unanimously by board members Monday, LaSalle agreed to pay BCEDC $460,000 under a 12-year agreement, with payments of $38,331 per year. If LaSalle employs any workers in Bradley County during that time, the payments would be reduced by $391.50 for up to 78 employees. The number of employees that were originally anticipated to be hired for the jail and the original agreement was for 15 years.

Wardlaw noted that BCEDC had two prospects who were seeking property but because the deal with LaSalle hadn’t been finalized, not enough land was available for them to consider. He also said the biggest problem industrial prospects face in this area is electrical needs.

Another project mentioned during the meeting was the poultry plant that was originally planned by J&E Foods. That company has apparently pulled out of the deal, with Arkansas Development Finance Authority taking over the building to satisfy a $100,000 loan it had made to the company. Still in limbo is $50,000 that was channeled from the city of Warren through BCEDC for another loan. That loan is shown on the BCEDC financial statements each month as both a liability and an asset.

Wardlaw said an announcement on a new partner on the poultry plant operation should be made within 90 days.

He said the Arkansas General Assembly had looked at the oversight of broadband services and his company started work in October 2021. A map is being developed that will use U.S. Census data to show where broadband services are available and areas that still need to be covered.

McAlister’s company is in the final stages of making recommendations to the state which may qualify for up to $1.7 billion in federal funds.

Wardlaw said $100 million in federal CARES Act funds had already been used to expand broadband in the state, including Bradley County with SATCO and Vyve Broadband receiving individual grants.

McAlister said surveys were done and 60 percent of the respondents said they felt affordable Internet services should be $25-$50 per month. He said it would take several years to complete the project but the goal is to make broadband services available to the whole state within three years.

“With fiber optic cable, there’s no limit on how fast you can go,” he said in regard to Internet speeds. “If we do this right, we could put Arkansas in the top 10 for affordability, accessibility and speed.”