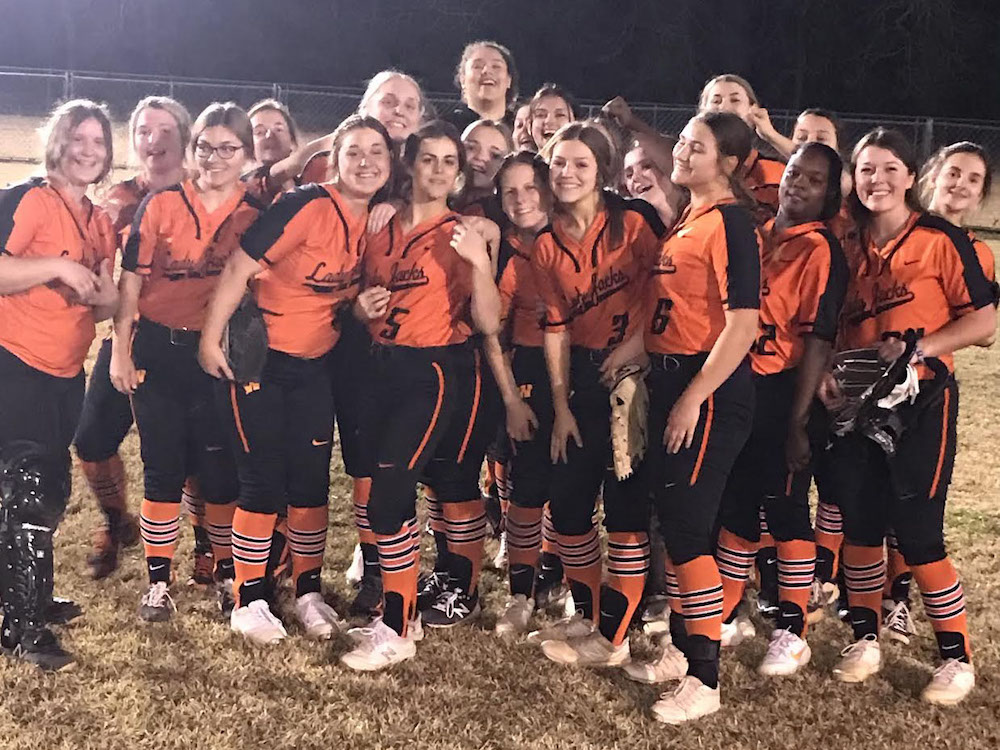 WARREN, Ark. – The “Cardiac” Lady Jacks were at it again Thursday evening, March 3, 2022, pulling out an 8-6 win against the Lady Cats of Dumas in Warren.

After falling behind 4-0 in the top of the third inning, the Lady Jacks tied it up in the bottom fourth as Alyssa Higgins, Hannah Taulbee, Zoe Tullos, and Kelsy Lovell all scored.

In the top of of the fifth, Dumas once again picked up a run to take a 5-4 lead.

In the bottom of the fifth inning, Anna Grace Bolland doubled to lead off the inning and Hannah Taulbee followed with an infield single. Luci Woodard followed with a two-run RBI double to give the Lady Jacks a 6-5 lead.

The Lady Jacks lead did not last long, as the Lady Bobcats tied the score once again in the top of the sixth.

The never-say-die Lady Jacks were ready to answer the call. Heidi Taulbee singled with one out. Anna Grace Bolland doubled to score Taulbee for the go-ahead run. The Lady Jacks picked up an insurance run when Hannah Taulbee had a bunt single to score Bolland.

The Lady Bobcats were not able to mount a comeback against the Lady Jacks.

Lady Jack’s pitcher Alyssa Higgins struck out nine on the way to picking up her second win.