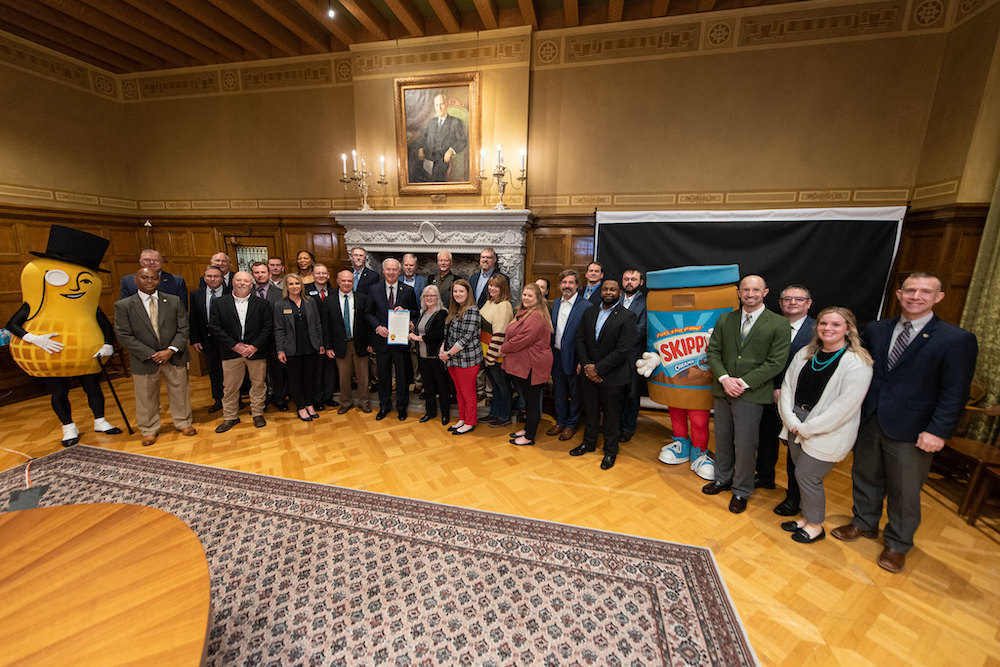 LITTLE ROCK, AR – During a ceremony today at the State Capitol, Governor Hutchinson joined agriculture leaders and industry partners in declaring March 20 – 26 as Arkansas Agriculture Week and March as Peanut Month in Arkansas. The proclamations highlight the agriculture industry as a whole, the state’s peanut industry, and the value both contribute to Arkansas’s economy. The full proclamations can be found at https://bit.ly/ARagweek and https://bit.ly/ARpeanut.

“Agriculture is Arkansas’s largest industry, providing one in six jobs in the state and contributing more than $19.4 billion annually to our economy,” said Governor Hutchinson. “Additionally, the peanut industry is one of Arkansas’s many great success stories. Our ranking as the seventh-largest producer of peanuts in the nation is a testimony to the hard work of our farmers.”

“Arkansas is a national leader in agriculture, ranking in the top 25 nationally for the production of 16 different agricultural commodities,” said Agriculture Secretary Wes Ward. “Arkansas led the nation in yield-per acre for peanuts in 2021 at 5,000 pounds per acre. With 35,000 acres harvested last year, the value of Arkansas’s peanut crop is more than $42 million.”

“As owners of both the Skippy brand and the Planters brand with locations right here in Arkansas, we are thrilled to be here with the Governor to help celebrate the proclamation for Arkansas Peanut Month,” said Rick Williamson, corporate communications, Hormel Foods.