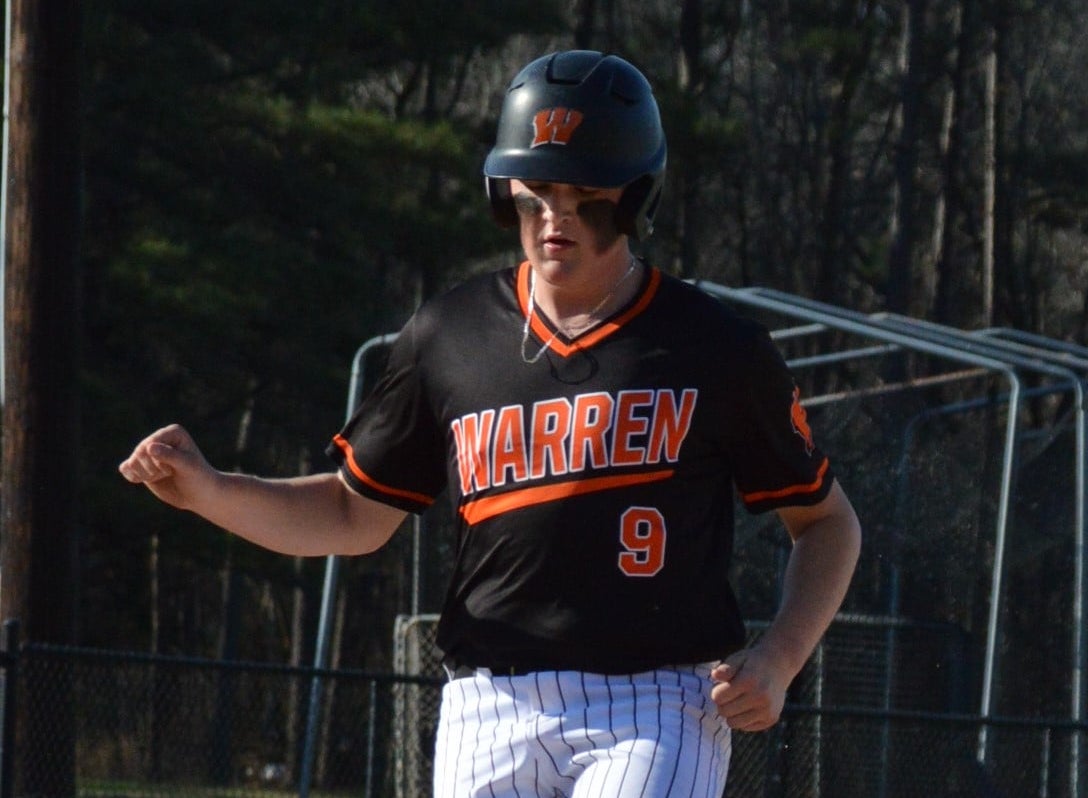 WARREN, Ark. – The Warren Lumberjacks took on the Crossett Eagles Tuesday, March 29 at Lumberjack Field in a battle of the 8-4A Conference at home at the Warren Sports Complex.

Warren came from behind in dramatic fashion to win 8-4. Aiden Reynolds got the win, pitching 6.2 innings. He allowed four unearned runs, on six hits, while striking out five. Creed Smith closed the game by getting the final out. There were several key hits in the game highlighted by Westin Hargrave’s grand slam in the bottom of the sixth inning.

The two teams were scoreless through the second inning, behind good pitching on both sides. Crossett scored three runs in the third based on some timely hitting and Warren errors. The Lumberjacks got a run in the bottom of the third and tied the game with two runs in the fifth. Crossett retook the lead with one run in the sixth before Warren struck with five runs in the bottom of the sixth, including the grand slam from Hargrave. Crossett threatened in the top of the seventh with runners on first and third with no outs. A very exciting and unusual double play put them in a big hole as a ball scorched in on a line drive to Warren’s third baseman. Sam Hollingsworth, who was at third, tried to make a difficult catch, but the ball popped out of his glove and directly into the glove of the Warren shortstop Kolby Pope. Pope made the grab, then threw back to the Hollingsworth at third to double up the runner at third. It was an excellent defensive effort by Sam Hollingsworth and Kolby Pope. Warren got the final out on a ground ball to win 8-4.