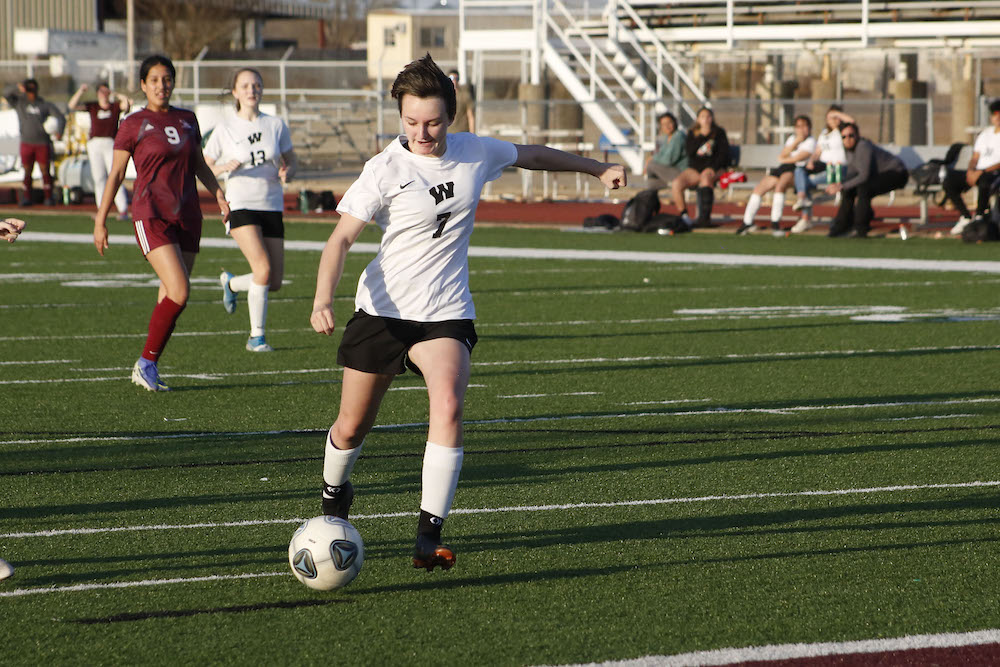 The match was Warren’s first meeting in the 4A East Conference.

The Lady Jacks came very close to taking an early lead in the eighth minute. The chance came from a Bailey Herring corner. The ball rattled around the six-yard box before it was knicked towards goal. Stuttgart however cleared it off the line to keep things even at 0-0.

Warren senior striker Leslie Vega found another big chance in the eighteenth minute. She was one-on-one with the keeper, but her shot was denied.

Goalkeeper Valerie Navarro kept Warren at even odds a minute later with a big save of her own.

Warren’s last chance of the first half came from a corner in the thirty-eighth minute. Once again center back Bailey Herring whipped a dangerous ball into the box. Yet once again Stuttgart cleared it off the line. Things were all square at 0-0 at the halftime whistle.

The Lady Ricebirds took the lead in the fiftieth minute from a nearly forty-yard run by their striker. One-on-one with Navarro, a low shot beat Warren’s keeper to take a 1-0 lead for Stuttgart.

Four minutes later Stuttgart had another chance. This time a thirty-yard strike hit the crossbar.

Stuttgart’s second half pressure led to a second goal in the sixtieth. A shot from ten yards out beat Warren’s substitute keeper, Bailey Herring, who had come in after an injury to Navarro.

Navarro returned in goal moments later and Herring moved up from into Warren’s attack. She picked a ball up near midfield, put together some nice technical footwork, and buried a shot into the back of the net in the seventieth minute to cut it to 2-1.

Stuttgart added another late on to secure a 3-1 win over the Lady Jacks.