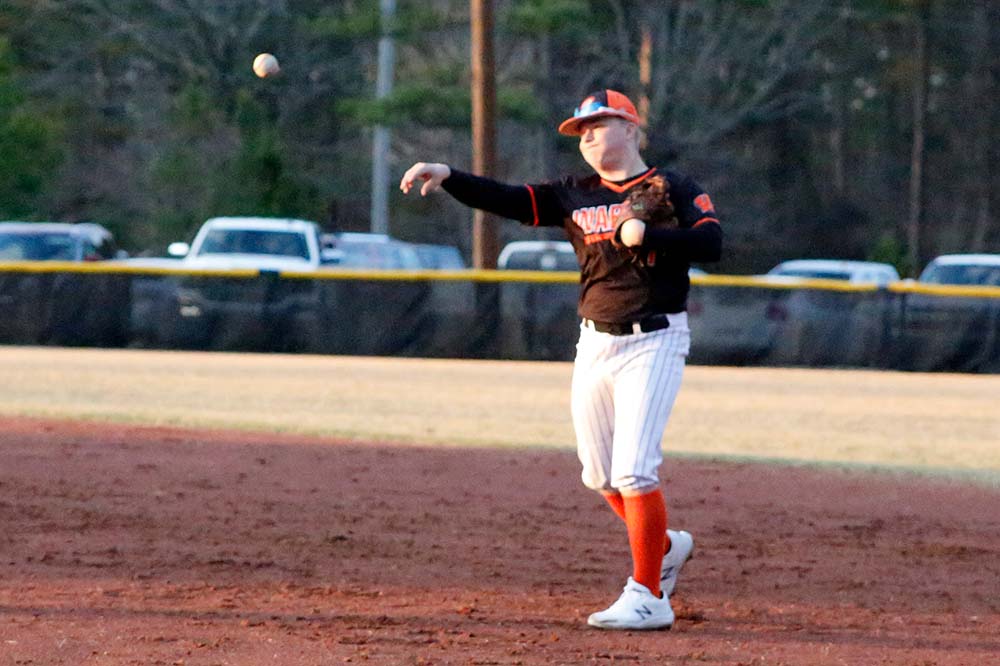 Caleb Barnes reached first on a walk in the top of the first inning, but Camden Harmony Grove sat the next three Lumberjacks down on strikes.

Westin Hargrave got the start on the mound for Warren. The Hornets jumped out to an early 2-0 lead in the bottom of the first courtesy of a couple of walks and a double.

Warren once again got the first man up in the second on base. This time it was Delfino Rivera who was hit by a pitch. The Jacks were unable to move him around however.

Camden Harmony Grove scored a third run in the bottom of the second. The Jacks held them scoreless in the third, but the orange and black’s offense couldn’t get going.

The Hornets added another run in the fourth and four in the fifth. They went on to defeat Warren by the final of 8-0.

Creed Smith followed Hargrave on the mound, pitching one inning and giving up one run.

Kolby Pope pitched two and two-thirds. He surrendered five runs, four of which were earned.

Ervin Rivera came in in relief, pitching one and one-third inning. Rivera did not give up a run.